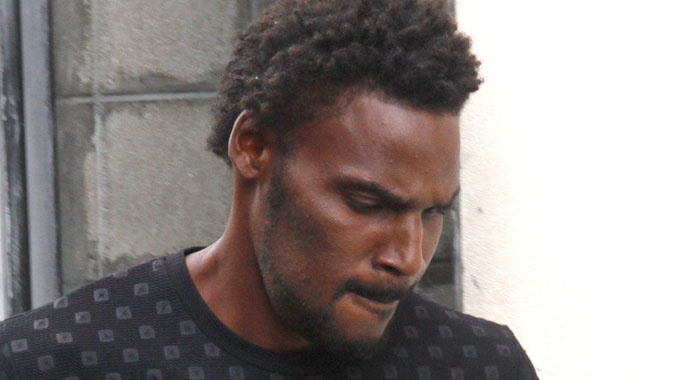 A Georgetown man ordered to pay EC$15,000 for possession of 10,000 grammes (22 lbs) of cannabis saw the fine converted to a six-month jail term after the Serious Offences Court concluded on Wednesday that he would be unable to pay the fine.

Bert Williams, 31, had pleaded guilty to possession of the drug at Georgetown on Monday, Jan. 8.

He was charged along with fellow townsman, Kingsley James, 37, with possession of the drug.

However, the prosecution withdrew the charge against James after hearing the facts.

The court heard that on Monday, police, acting on information, executed a search warrant at Williams’ home.

James was met cleaning the marijuana in a shed at the property and told police that he was working with Williams.

Williams told police that the drugs belonged to him.

In mitigation, the defendant told the court that he has a 4-year-old daughter who lives with him as he and her mother are no longer together.

He said that the child was with a neighbour since he was arrested.

She, however, noted that he had a sizeable quantity of the drug in his possession and he had previous convictions for cannabis.

The defendant told the court that he cultivates dasheen and plantain, but later admitted that he also plants cannabis.

The magistrate urged the man to think long term, nothing that he is a father and there are inherent risks in the drug trade.

After asking the man a number of questions about his domestic circumstances, the chief magistrate decided to stand the matter down to consider his sentence.

When the matter was recalled, she imposed a fine of EC$15,000 and asked the defendant how much of it he could have afforded to pay forthwith.

The man said he would make inquiries and the magistrate again stood down the matter.

However, when the matter was recalled more than an hour later, the man said he was unable to mobilise any money.

The chief magistrate then concluded that he would be unable to pay a fine and sentenced him to nine months imprisonment.

Williams had also pleaded guilty to a charge that he had in his possession, a sheep, a pig carcass, and a sheep carcass known or reasonably believed to have been stolen or unlawfully obtained.

However, after hearing the man’s explanation, the court entered a not guilty plea on those charges and transferred them to the Georgetown Magistrate’s Court for hearing on Jan. 15.