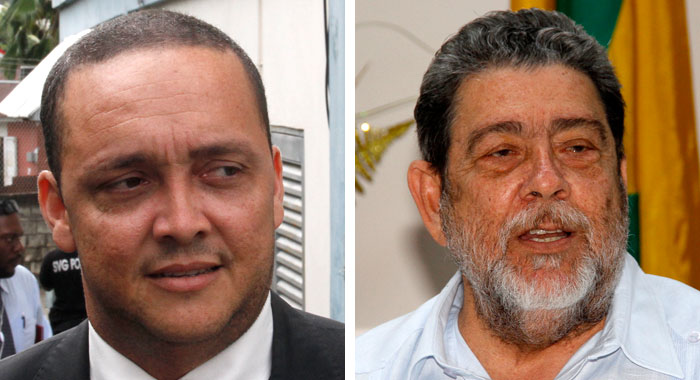 Prime Minister and Minister of Legal Affairs, Ralph Gonsalves, on Thursday, offered to give law lessons to the lawyer representing the model at the heart of an ongoing scandal said to also include the family of his son, Minister of Finance, Camillo Gonsalves.

Lawyer Grant Connell acted pro bono for the model, Yugge Farrell, 22, who was on Friday sent to a psychiatric hospital for two weeks’ evaluation.

Farrell was institutionalised notwithstanding strong objections by Connell who had noted to Magistrate Bertie Pompey at the Kingstown Magistrate’s Court that the prosecution had presented no evidence in support of its application that Farrell should be sent to the Mental Health Centre.

Farrell had pleaded not guilty to a charge that last Thursday, Jan. 4, she used abusive language to Karen Duncan-Gonsalves –Camillo’s wife – to wit, “you dirty b***h”.

“And as an experienced lawyer in this business, I am just amazed as to how the defence counsel in that matter acted,” said Gonsalves, who was called to the bar more than 30 years ago.

He told the radio audience that Connell should call him if he wants to know how he should have acted in the interest of his client.

“I wouldn’t give him a free lesson on the telephone — on the radio,” the prime minister said.

Gonsalves said he would like for Connell to come have a cup of coffee with him at an appropriate time and he would draw all the law to his attention and tell him how he should have acted in the interest of his client.

“I am not saying that the magistrate would not have done the same thing you know, to order the young lady to be detained. But I will just teach him a little something as to how it should’ve been done.”

Members of the public have used the media to protest the decision of the court to have Farrell sent to the psychiatric hospital although the prosecution gave no reason to support its application.

But Gonsalves said the court may get information from the police to make a determination which is “not necessarily canvassed inside the open court because you have to be concerned most of all about the patient, the person, and you don’t want, in anyway, to prejudice their health or circumstances and that is the long and short of the story.”

Farrell is scheduled to return to court on Jan. 22.