The Caribbean slavery reparations gang of 12 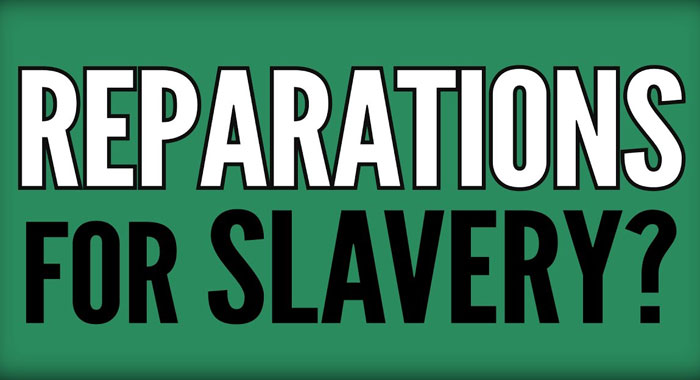 Inspired by the Caribbean Community (CARICOM) Reparations Commission, a sister organization called The National African American Reparations Commission (NAARC) was founded in the United States in 2015, “… to fight for reparatory justice, compensation and restoration of African American communities that were plundered by the historical crimes of slavery, segregation and colonialism and that continue to be victimized by the legacies of slavery and American apartheid”.

NAARC recently claimed that, “The heads of state of the 15 nations that comprise the Caribbean Community (CARICOM) have voted unanimously to demand reparations from the former colonizers for genocide against the indigenous people and African enslavement!”

This claim is as disingenuous as NAARC’s assertion that the slavery reparations movement, “… has never been such a topic of discussion, debate and possibilities than now.”

As for the first claim, The Caribbean Reparations Commission (CRC), chaired by University of the West Indies Vice Chancellor Professor Sir Hilary Beckles, is composed of National Committees on Reparations established in only 12 of the 15 CARICOM member states: Antigua and Barbuda, The Bahamas, Barbados, Belize, Dominica, Guyana, Jamaica, St. Kitts and Nevis, St. Lucia, St. Vincent and Grenadines (where it is headed by Jomo Thomas who is also Speaker of the SVG House of Assembly), and Trinidad and Tobago, and Suriname. In some of these countries, the opposition parties are opposed to CRC membership and would withdraw if elected to office.

Three CARICOM states have either never joined or have withdrawn from the CRC: Grenada, Haiti, and Montserrat.

Given its history, Haiti’s absence seems particularly curious until it is recalled that in 2003 the country’s president, Jean-Bertrand Aristide, demanded that France pay Haiti over US$21 billion in slavery reparations. When Aristide was ousted the next year in a coup d’etat, provisional prime minister Gerard Latortue put an end to the reparations demand, calling it “foolish” and “illegal”.

None of the five Associate Members of CARICOM — Bermuda, Anguilla, British Virgin Islands, Cayman Islands, and Turks and Caicos Islands — are members of the CRC.

Outside the narrow sphere of CARICOM, the other Caribbean countries and territories that have not jumped on the reparations bandwagon are: Cuba, Puerto Rico, Saint-Barthelemy, Saint-Martin, Sint Maarten, Saba, Sint Eustatius, U.S. Virgin Islands, Martinique, Guadeloupe, Dominican Republic, Aruba, Bonaire, and Curacao.

Nor have the governments of any of the remaining New World countries and territories in which slavery and the conquest of the indigenous peoples thrived and enriched the relevant European powers — principally Spain, Portugal, Great Britain, France, and Holland — during their own colonial era chosen to join the reparations effort. These include Canada, the United States, and Mexico, each of which was a European colony when slaves were first brought to their shores and hence have the same moral and legal claim for reparations as the CARICOM petitioners; the Central American countries of Belize, Costa Rica, El Salvador, Guatemala, Honduras, Nicaragua, and Panama; and the South American countries of Ecuador, French Guiana, Venezuela, Columbia, Brazil, and Bolivia.

In and out of CARICOM, the reparations movement has little grassroots resonance, understanding, or support and only in CARICOM is there any central government leadership. In the United States, for example, the most influential politicians of the last decade, including Barack Obama, Hillary Clinton, and Bernie Sanders, have been opposed to NARCC and CARICOM-style slavery reparations.

The longest-serving ex-member of the U.S. House of Representatives and the country’s most influential spokesman for slavery reparations, the recently disgraced John Conyers, lobbied his colleagues in vain for nearly 30 years to pass a bill that would establish a commission to examine and propose remedial action for slavery in America.

Overall, then, only 12 independent countries or territories, or 24 per cent of the relevant states and semi-autonomous entities representing less than 2 per cent of the population of the affected New World regions, have joined the reparations movement.

All these numbers go to the heart of the second false claim made by NARCC, namely that the slavery reparations movement, “… has never been such a topic of discussion, debate and possibilities than now.”

NARCC’s impecunious status, presumably rooted in its tiny base of supporters, is further proof of this. In a November 27 post, NAARC resorted to crowdfunding to support its limited activities:

“We’re on the move, but we have a problem. IBW [Institute of the Black World 21st Century, NAARC’s parent organization] does not have a budget for NAARC or Area/Regional Hearings/Town Hall Meetings. Lack of funding has been serious a weakness of the reparations movement, and we cannot expect corporations or foundations to fund it. Thus far, we have managed by appealing directly to the people to donate to cover the costs of various events. We urgently need financial support to cover the expenses of the Reparations Gathering in New Orleans and funds to push on to the next Hearing and Town Hall Meeting. Accordingly, we are appealing to our friends and supporters to help IBW raise a minimum of $15,000 in the next 30 days for the New Orleans Gathering.”

The claim that neither corporations nor foundations, particularly the latter, would fund discussions of slavery reparations is difficult to accept when so many of them have funded all manner of controversial and so-called “progressive” issues for decades.

Conversely, if there actually were no chance of corporate or foundation backing, the nature of American electoral funding would translate into even less Congressional support for the movement.

Overall, then, the slavery reparations movement, an idea that was actually conceived in the United States at the end of Civil War in 1865, has gone nowhere in slow motion. Its CARICOM counterpart, which began only in 2013 when the issue was first raised by the Prime Minister of St. Vincent and the Grenadines, the Honourable Dr. Ralph E. Gonsalves, ironically an exemplar of Caribbean white privilege, is doomed to follow the same path. This is because none of the relevant European powers would ever willingly agree to the CARICOM demands. The only other recourse — asking either the International Court of Justice or the International Criminal Court to adjudicate the issue – is unlikely to succeed not only on legal grounds but because taking Great Britain and Holland to court could irredeemably alienate two European nations that have sent billions of dollars in aid to CARICOM countries since emancipation, a risk few of its members would easily take.

4 replies on “The Caribbean slavery reparations gang of 12”