Camillo must explain himself — Friday 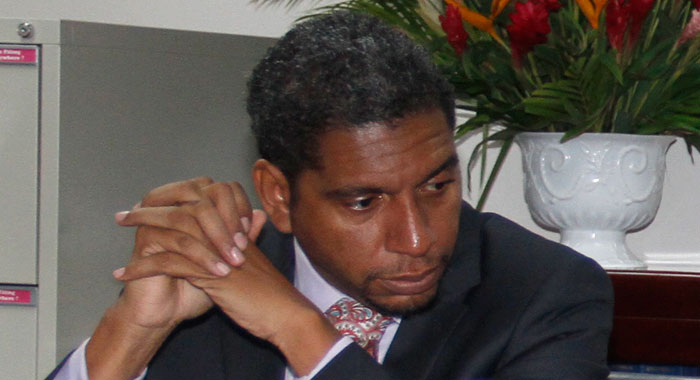 Leader of the Opposition, Godwin Friday, says that Finance Minister Camillo Gonsalves must at some point explain himself amidst the ongoing scandal in which a former model has claimed that she had a sexual relationship with him.

“People don’t know what is going on. … Nobody is alleging truth or falseness to the particular statement. But the point is, if it is somebody who is a public figure, then it is a public matter,” Friday said on his weekly appearance on his party’s New Times programme on Nice Radio on Friday.

Kingstown Magistrate Bertie Pompey sent the woman to the psychiatric hospital at the request of the prosecution when she appeared before him and pleaded not guilty to a charge that she abused Camillo’s wife, Karen Duncan-Gonsalves, by calling her “dirty b***h” the previous day, Jan. 4 in Kingstown.

The magistrate granted the prosecution’s application in the absence of any supporting evidence and amidst strenuous objections by defence counsel, Grant Connell.

After her hospitalisation, a number of videos of Farrell appeared on social media, in which she claimed, among other things, that she had a sexual relationship with Camillo while he was married.

The development has been the focus of much public discussion since.

Friday said that the matter is one of public concern “ because it is a parliamentarian and member of Cabinet” who is involved.

“So, from that perspective, of course, there is a need to create that clarity about it, if possible, to reinstate that public confidence in the minister and in the position as a parliamentarian.

Friday said that those people who feel that somehow this is a trivial matter that doesn’t warrant any kind of public discussion, that is far from the truth.

“There are efforts, I can see, to defend, or at least to cast the young woman in a certain light. I don’t know her so I can’t really say one way or another. But what I can insist upon is that everybody is equal before the law. And when you come before the law, irrespective of whom you are accusing, whom you have offended, you are entitled to the benefit of the law and to be treated equally under the law, and that is what we insist upon and we hope that in the circumstances that whatever went wrong or whatever may have gone wrong would be rectified; whatever was done improperly that those persons who are in the positions to clarify the situation that they do so publicly, because it is a matter of public interest,” he said.

Prime Minister Ralph Gonsalves said Thursday that he has advised Camillo not to comment on an ongoing scandal.

Gonsalves said that Farrell had delivered “blackmail” letters to the offices of Camillo and his wife as well as to the office of the Prime Minister.

The prime minister said that the “blackmail “letters contain a lot of “nastiness”.

“A set of defamatory — a mountain of lies and abuse; just sickening,” the prime minister said.

The prime minister who reiterated that he has expressed his concern about Farrell said, “… clearly, the persons who have been wronged are Karen, her 7-year-old daughter and Camillo.”

On Wednesday, Daniel Cummings, Member of Parliament for West Kingstown — where Farrell lives — expressed concern about the process through which Farrell was sent to the psychiatric hospital for two weeks of evaluation.

Cummings, an NDP lawmaker, said that he was not trying to score political points as he knows Farrell’s family very well and they have told him repeatedly that they are staunch supporters of the ruling Unity Labour Party.

“I am saying this is a matter of human interest and no person’s daughter should be treated like that, regardless of political status,” Cummings said.

14 replies on “Camillo must explain himself — Friday”