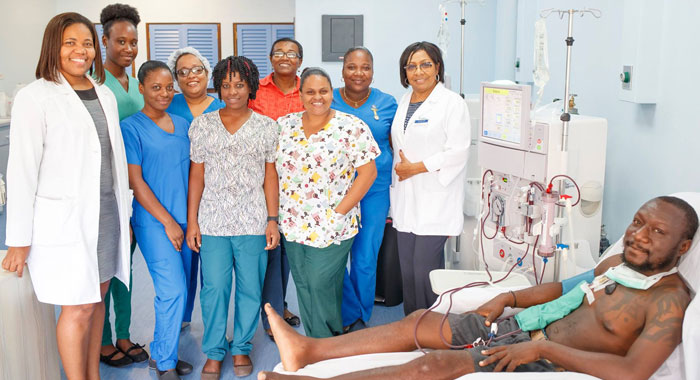 The Ministry of Health, on Thursday, conducted a test case of dialysis at the long-delayed Modern Medical Complex in Georgetown, which could open this month.

Minister of Health, Sen. Luke Browne made the disclosure at an event in Kingstown where the government signed two cooperation agreements with Taiwan, which was represented by its Minister of Foreign Affairs, David Lee.

Browne said that his ministry is finalising preparations that would allow the government to open the modern medical complex.

“In fact, as I speak, I am aware that going on right now is the first test case of dialysis being done at that modern medical complex,” he said.

“So we, in St. Vincent and the Grenadines, will enter a new age of health care and I mention this at this event because Taiwan, for that project, donated, I believe it was 1.5 million [dollars] worth of medical equipment so that we would be in a position to open that facility.

The agreements included one on diabetes prevention and control.

In delivering the Estimates of Income and Expenditure on Jan. 29, Minister of Finance, Camillo Gonsalves said that the Ministry of Health, Wellness and the Environment has been allocated 35 posts this year to strengthen hospital, community health and mental health services.

There are also additional posts related to the Modern Medical Complex, which were not reflected in these Estimates because they had been planned for previously.

iWitness News understands that the government is considering opening the complex on Feb. 14.

The finance minister said that this year, the government would add a considerable amount of staff at the complex.

“Forty-eight, I believe, locals, and an additional 23 experts from Cuba, who will be joining the modern Medical Complex at Georgetown, I believe I have not misspoken there, Honourable Minister of Health,” Gonsalves said.