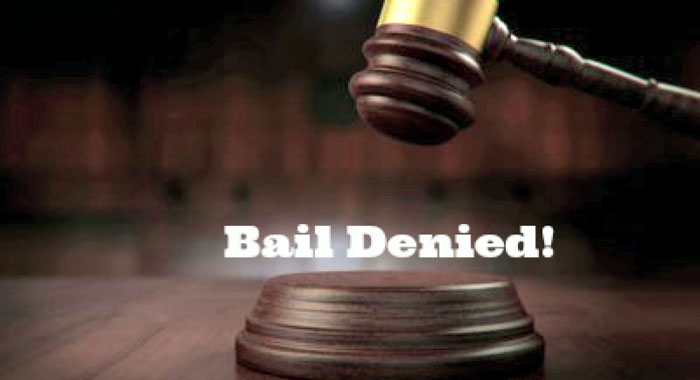 Two men have been remanded in police custody until next Monday, when their bail application will be reviewed in connection with charges related to their alleged theft of money intended for social welfare recipients.

They appeared before Chief Magistrate Rechanne Browne Matthias at the Serious Offences Court in Kingstown on Monday.

Johnson is charged with two counts of theft, namely that on Feb. 7, 2018 he stole EC$2,475, the property of the Government of St. Vincent and the Grenadines.

He was also charged with theft of EC$2,725, the property of the Government of SVG, both of which reportedly occurred at Owia on Feb. 7, 2018.

He was further charged that on the same date, also in Owia, by deception, he dishonestly obtained EC$250, the property of Irma Nanton of Owia.

Thomas was also charged with 20 counts of making and for using False Instruments in the name of a number of deceased persons with the intention to induce Learie Johnson, a retired clerk of Lowmans Windward, to accept them as genuine and by reason of so accepting them to do an act to the prejudice the Government of SVG at Owia about 12:15 p.m. on Feb. 7.

He told the court that the investigations are ongoing and will go far and wide, high and low.

The men, who are being represented by lawyer Israel Bruce, have been ordered to return to the Serious Offences Court next week Monday for bail review.