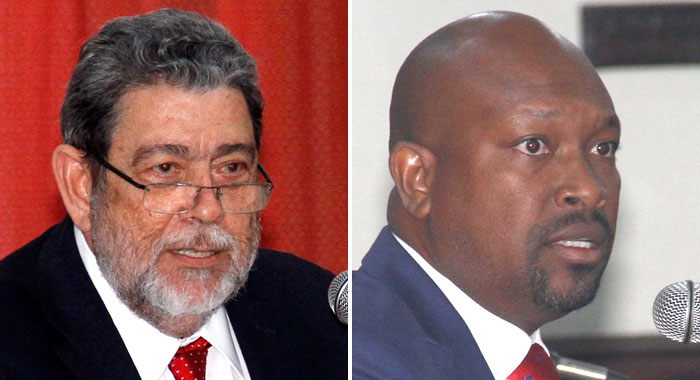 Prime Minister Ralph Gonsalves cannot feel comfortable with the Jan. 31 pronouncement in Parliament, by Minister of Agriculture Saboto Caesar, that the head of government has no legal or moral authority to speak for him at anytime or any place within St. Vincent and the Grenadines.

Caesar, a two-term Member of Parliament for South Central Windward made the statement as the government tried to get House Speaker Jomo Thomas to allow debate on a motion of confidence, rather than on the motion of no confidence brought by the opposition.

Political observers have been trying to pick apart the comments by Caesar, who, until recently, was widely seen as being a possible replacement for Gonsalves as head of the Unity Labour Party and the government.

However, Caesar has been eclipsed by the prime minister’s son, Camillo Gonsalves, who was made Minister of Finance last November, political observers say.

Commenting on Boom FM on Wednesday about Caesar’s comment, Sir James, who retired from electoral politics in October 2000, noted that the prime minister has attempted to explain Caesar’s comments.

Sir James, who is founder of the New Democratic Party, which is the parliamentary opposition, said that the prime minister seems to be attempting to make explanations on everyone’s behalf.

“And if you heard the voice, you can see that Saboto was deeply concerned. He wanted to assert his right to vote. Nobody could anticipate how he would vote. You could never anticipate what people will do until they do it. Do not speculate and I will not engage in speculation,” Sir James said when asked what he thought might have been the outcome had the no confidence motion gone to a vote.

He, however, said that he is mindful of the statement that all that tyranny needs to establish a foothold is for people of good conscience to remain silent.

“So when you are scared [into] silence, it means that you are, again, imposing your power…

The prime minister has said that Caesar’s comments were in response to a question by the speaker regarding a separation vote on whether the House should allow debate on the motion of no confidence.

The speaker said that he had anticipated what the outcome would have been since the prime minister had said two days earlier, on Jan. 29, that his eight members would side with the government.

It was at this point that Caesar said that the prime minister could not speak for him.

“Listen, the prime minister, you know, in all his explanations, he reminds me as though he is giving everybody a dose of aromatherapy. He throw a big cloud over you and you can’t see the woods from the trees. I respect the prime minister’s capacity and ability, but all I can say is that all of this today is like he throwing an aroma over you so that you don’t focus on his son, Camillo.”

Since January, Camillo has been the centre of a sex scandal in which a model half his age has claimed that he cheated on his wife with her in a years-long relationship that ended in 2016.

Sir James said that had the no confidence motion been debated, it would have tested whether all of the government’s members are on board.

“And if you don’t want to go that road then it raises questions. … The point is, you have to test it to see. I am not going to engage in prophecy [about] what people want to do or ought to do… You have to test and make sure everybody is on board,” he said.