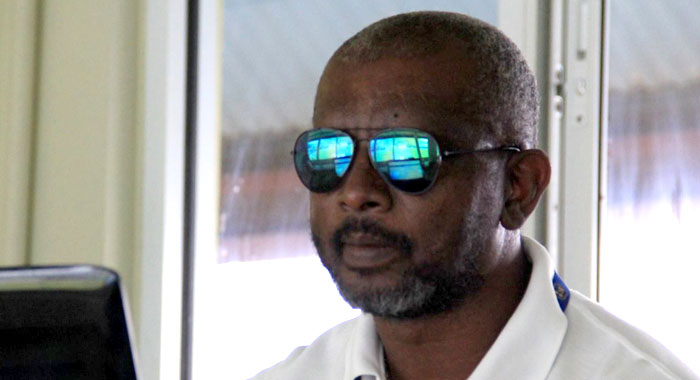 At first, I only knew him as “Pressie”. This was around 1971. We were rivals of sorts then — he was a Reeves House school boy at the Grammar School and I belonged to Lopey House. Later, I found out his formal name was Glenford Prescott. Over the years, he was either given or acquired other names, “Knowledge” being the one most widely used; but “Daddy” being the one he must have treasured most.

Indeed, when one looks at the life and time of E. Glenford Prescott, the inescapable conclusion is that: he was “a good shepherd”. I use the term “shepherd” in the broadest sense, almost in a biblical understanding of caring, tending, managing and loving. To be sure he was the good shepherd in the conventional sense, given his well–known love of his animals — in particular his sheep — which he looked after so dearly and which obediently followed him whether he lived in Cane Hall, Belair or Fountain. But in the widest sense, he was a good shepherd to his family in particular and to those to whom he ministered.

Pressie proudly wore the badge of honour of being a journalist. Through the instrumentality of our former English teacher, St. Clair Leacock, who was Chairman of the National Broadcasting Corporation in 1989, Pressie moved from the Public Service (I think he was at the Inland Revenue Department at the time), to NBC Radio. He spent a couple years in the Sales Department before moving to his niche, sports journalism, in April 1991. He served the national radio station until 2008. Apart from writing stories he also did commentaries, hosted the “Let’s Talk Sports” programme on Saturday nights, as well as produced other sports programmes.

He was also associated with a number of local, regional and international media houses, including being the sports editor at the Searchlight newspaper from 1995–1997; and The Vincentian newspaper 1998–2007. He did freelance work with the Caribbean Media Corporation (CMC), Reuters, the Associated Press (AP) and the BBC.

Pressie dominated the media awards given by the National Sports Council between 2003 and 2007, before making what he considered to be a principled withdrawal from submitting any entries for a number of years. His awards included Sports Journalist of the Year in 2004, 2005, 2006 and then again in 2013. Best Sports Article in 2003 and 2007. Best Sports Photograph 2005 and 2006. He won the SVG Cricket Association’s Media Personality Award 2004 and 2005.

But those of us who knew Pressie well —- perhaps I should use his most apt nickname, “Knowledge” —- would not be surprised with his sports journalism exploits. He thrived in debating sporting matters and had an amazing ability to retain and recall details. “Knowledge” did not encourage superficial discussion. He wanted the facts and figures —- which played to his strengths, since he recalled with ease, for example in cricket, which batsman made how many and how he got out. He knew the averages, all those tiny details which escape people who seek to present their cases based on emotion and thoughts, without having the factual or statistical information to support their position.

Pressie’s major sporting exploits were in cricket and more so table tennis in which sporting discipline he earned trophies. He, of course, honed the table tennis craft up at Sion Lodge, (now known as the Church of the Ascension), competing with the likes of Jose Carrington and Verrol “Cripple” Jeffrey.

But “Pressie’s” most treasured trophy was his wife, Jennifer.

Glenford and Jennifer started dating in 1985. She used to be at the Dragon”s Mas Camp at the time. Guess who turns up at the mas Tent to look for Jen? Pressie! The Band Leader, Roy “Dragon” Ralph, in his inimitable way said to her: “Girl, you liming Pressie? He ain”t easy ah nuh. I give you one month with he!” I am sure people like Elliot “Ellie King” Douglas would recall how Draggie would express himself. Well, as great a band leader, King of the Bands and culture man “The Dragon” was, he was no sage. He was so wrong on that point: Pressie and Jen remained together for the next three–plus decades.

One of the most significant days if not the most defining day in his life was Saturday the 30th of August 2003. To quote from something he published in 2014, he said this: “And so it was that on Saturday August 30th 2003, I went into a church as Pressie a bachelor and came out as Mr E. Glenford Prescott husband, for better or worse, of Jennifer Joanne Douglas-Prescott.” Note the transformation: from Pressy a bachelor to Mr. E. Glenford Prescott.

This is what he wrote on his 11th wedding anniversary: “I have always loved Jennifer, regardless of what I may have done over those years. There was only going to be one woman at the altar with me, unless she was dead…. I feel honoured to be the husband of such a special woman.”

The union of Glenford and Jennifer produced two beautiful daughters — Jenika and Jevonne — even though there are other children of the family – Jozelle, Nyasha and Nigel.

Let me go back to the “good shepherd” reference.

Jenika remembers her Dad for being very supportive. She left these shores to join the British Navy and on mornings, she would awake to a message from him. The constant theme was his exhortation not to give up and to pray unceasingly.

Similarly, Jevonne was half a world away in Taiwan. He spoke with her everyday; he never missed a day despite the 12–hour time difference.

Pressie was a man of principle. He instilled in his children that his father lived a good honest life and one’s reputation is not something that can be rebuilt. As they said to me, “he was hard when he had to be, but for the most part, he was straightforward.”

Our friend Glenford never complained publicly about his illness. Rather, he displayed a refreshing strength of character and faith in the face of his challenges. He said that he would never advocate spending thousands of dollars on chemotherapy; he made it clear that the cheapest and best cure was to be on one’s knees. If it is God’s will, then one will be cured. My mind goes back to a recent encounter I had with him at the Sion Hill intersection one Sunday morning. He was giving me an update from the latest report from Dr Adams. It was bleak. He saw the anguish on my face and his comment was: “What is the matter with you? Like you stop go to church, you don’t believe in God anymore?”

Earl “Caba” Bennett, another Lopey House man if my memory serves me right, also remarked about Pressie’s “strong sense of spirituality”. He noted that Pressie lived the talk and demonstrated his faith through his work. He was supportive in prayer, for example, to his daughter’s friends and would pray on the phone with them – as they were in Taiwan.

His younger brother, Lincoln, noted that Pressie had the gift of humour. Pressie demonstrated his wit even up to the end. Just before his last hospitalisation, Lincoln and his daughter Patlin, went to visit Glenford. His remark was: “Patlin, thanks for coming to see me… and thanks for bringing your father.” According to Lincoln “don”t care how serious an issue was, Glenford always had a jovial twist to put on it.”

In that same vein, Jevonne remembers her Dad for: “having a strange way of encouraging you.” When she was preparing for Common Entrance, he would say: “Gas is $8 a gallon, so I not going to be driving you out to Adelphi.”

Pressie was instrumental in the formation of what is today the Sion Hill Euphonium Steel Orchestra. The main hang out spot in the 70’s was in “The Village.” With the presence, in the area, of one of the foremost pannist in the country, Alfred “Two Food” Gordon and culture man, “The Dragon” Ralph, they manage to get some pans through their Parliamentary Representative at the time, Arthur Williams. The pans were then moved to “Top Ranking” in Mala Village where there would be the beating of drums, playing of steelband, the staging of Block–O”s and a general cultural awakening. Those were the “Upful” days. Pressie laid claim to the bass pans, and when the sporting icon “Sheen” Millington sought to use the instrument, he was scolded – that was forbidden territory. You don’t go on Pressie’s bass pans without permission.

His cultural involvement extended beyond steelband. He was a judge in the National Calypso Competition and also judged mas for several years. The children played mas — and Jevonne won several age group categories over the years. He insisted on taking out pictures, making a documentary record. But most importantly: they must keep on their costume and bring it home at the end of the day!

Pressie’s caring instinct is demonstrated as well by the attention he paid to his children’s attendance and comfort at school. He turned up every first day of school. He had to inspect the classroom. He needed to be satisfied that they had the best desk and chair. And the teachers often times had to remind him that they were ready to start class so he needed to leave. He would do so, but only to return at break time!

As the girls explained to me: “He turned up everywhere … and it took just one look to get you in order.”

As a father, Pressie was also quite protective. He would instantly become a meteorologist whenever the school was staging a boat ride: “the weather report says rain is going to come” or “the waves are high.” And even when the teacher intervened and he responded: “I’ll have to think about it” one knew what that meant: no. But he was also quite perceptive and sensed things.

When Freddie Finch and I last visited Glenford at his home, he spoke about always being there for his daughters… whether it was at Preschool, Primary School, Secondary School, College, Parent”s Day or Graduation. I understand that he narrated that same story earlier that day to Arnhim Eustace. He said that he would turn up even when they least expected him to. He said he told Jevonne, not to be surprised if one day she was walking down the corridor in Taiwan and she saw him. It dawned on me, that he was awaiting her return. Pressie’s cherished bracelet and chain, which he wanted to pass on to his first grandson, Kalonji, was neatly put aside and waiting days before he died.

He said — and he meant it — he had made peace with everyone who mattered.

It was written elsewhere by Constance Jenkins — “Weep not for me”:

Grieve if you will, but not for long

Upon my soul’s sweet flight

I am at peace, my soul is at rest

There is no need for tears.

For with your love I was so blessed.

There is no pain, I suffer not,

The fear now all is gone.

Put those things out of your thoughts,

In your memory I live on.

Remember not my fight for breath

Remember not the strife

Please do not dwell upon my death.”

And if I may be permitted just one more ode, from the pen of Jamaican poet Kei Miller,

“May your portion be blue

May your portion be sky

May your portion be light,

And may your portion be song

And may the music be sweet,

And may your portion be soft

And may your portion be love

Yes, May your portion be love

And may your portion be soft

And may the soft lift you high

And may your portion be sky

Yes, goodbye E. Glenford Prescott — the good shepherd. Until we meet, my friend and brother.