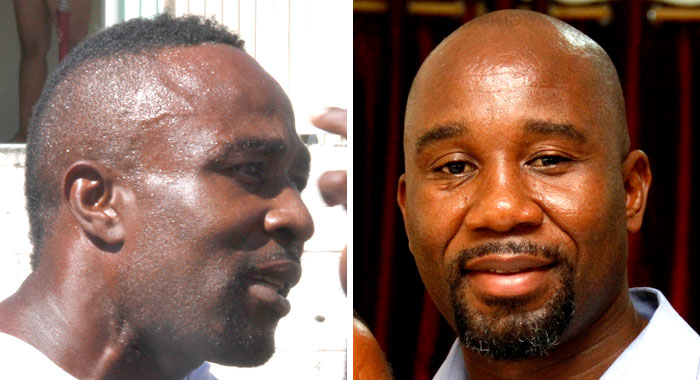 A Campden Park man has been ordered to compensate journalist Kenton X. Chance in the sum of EC$500 by March 29 or spend two months in jail.

Senior Magistrate Rickie Burnett handed down the penalty on Danroy Small on Monday at the Kingstown Magistrate’s Court, after finding him guilty of assaulting the journalist — resulting in actual bodily harm.

Small, a gardener, struck Chance, executive editor of iWitness News, in the face with a plastic bag containing clothing on Dec. 18, 2017.

Chance and other journalists were at the time taking photos outside the Kingstown Magistrate Court of police loading accused persons into a pick-up truck for transportation to prison.

Journalist Ashford Peters was also struck, but did not press charges.

The magistrate also bonded Small for one year. If he breaks the bond, he would have to pay the court EC$1,500 forthwith or spend three months in jail.

Chance and three police officers testified for the Crown.

He told the court that he was standing about six to eight feet from the side of the police pickup truck when Small threw the bag, causing his camera to strike him the face.

Two police officers who witnessed the incident, along with the investigator officer also testified on behalf of the prosecution, which was led by Sergeant Cornelius Tittle.

Small, who was not represented by a lawyer, did not call any witnesses in his defence.

In his evidence, he denied hitting Chance with the bag.

At the end of the trial, the magistrate said that he believed the complainant and the witnesses on behalf of the Crown.

When the magistrate saw the man’s rap sheet, he asked him how old he was.

“And at 37, you have already chalked up 24 previous convictions?” the magistrate commented.

Small said that he grew up without parents to guide him, saying that his mother was a drug addict.

“Look at your record! Started in the year 1997,” the magistrate said and pointed out that the man has convictions for assault, wounding, marijuana, theft, and burglary.

“You did almost everything. Huh? Look at your record,” the magistrate said.

“If you don’t want your picture taken, keep out of trouble,” Burnett further said, adding that journalist also takes his photograph outside the court.

Asked what redress he would like from the court, Chance said that he would like to be refunded the monies that he paid to see a doctor as a result of the incident, adding that any other punishment should be at the court’s discretion.

He said he would donate to charity any monies received as compensation.

“Your honour, I would like to say that one of the reasons I pursued this matter is that my colleagues and I, we are often on the receiving end of threats … outside the court.

“Even police officers are threatened outside the court,” Chance told the court, adding that while it was a bag containing clothing that was thrown at him, it could have been something more serious and dangerous.

The prosecutor told the court that Small’s record suggests that he is a violent man and no amount of fine or term of imprisonment would deter him from his criminal ways.

Tittle said that he did not think that that should mean that a custodial sentence should not be imposed.

“The defendant is obviously a violent person so we have to protect innocent persons from persons like that.”

The magistrate, however, disagreed and decided on a fine.

Small has three other assault charges pending and was brought before the court on these charges when he struck Chance last December.

One reply on “Man ordered to pay journalist $500 in compensation”