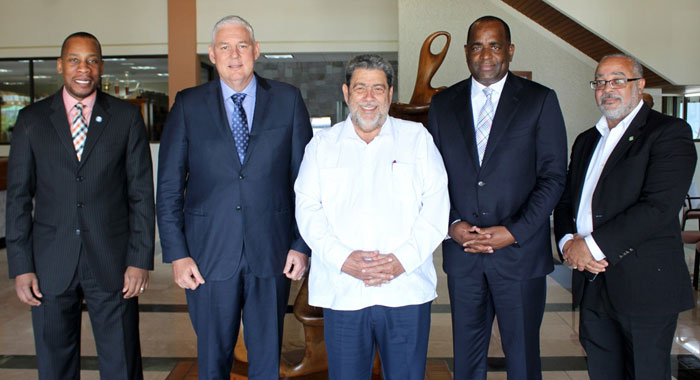 The just concluded 90th Meeting of the Monetary Council of the Eastern Caribbean Central Bank (ECCB) marked a significant milestone for a pillar of OECS integration and it also signalled the departure of Prime Minister of St. Vincent and the Grenadines, Ralph Gonsalves, from the council.

Chairman of the Authority of the Organisation of Eastern Caribbean States, Prime Minister of St. Lucia, Allen Chastanet, paid effusive tribute to one of the longest-serving members of the Monetary Council.

Chastanet indicated that Gonsalves’ tenure was characterised by sagacious advice and astute strategising that has helped to preserve the integrity and strength of the Eastern Caribbean currency.

“PM Gonsalves has the distinction of being one of the signatories of the Revised Treaty of Basseterre which was signed on the 18th June 2010 and throughout his long tenure in office he has been an anchor of OECS regional integration and a Pillar of institutional continuity in the Monetary Council,” Chastanet said.

“In his capacity as Chairman of the Ministerial Subcommittee on Insurance, Prime Minister Gonsalves led the Monetary Council response to the BAICO/CLICO Insurance situation.

“As a consequence well over $100 million have been paid to thousands of BAICO policyholders thereby bringing some much needed relief.”