Youths baffle court by burglary of ‘a seasoned criminal’ 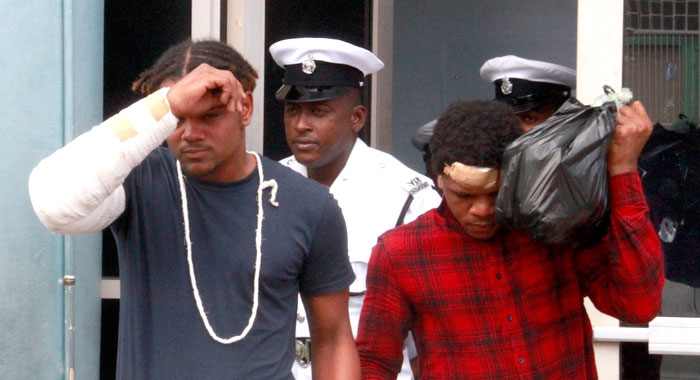 Anthony Hope, 16, of Belair, left, and Jerroy Phillips, 21, of Redemption Sharpes, leave the Kingstown Magistrate’s Court after their arraignment on Tuesday. They say they were injured when police beat them during their arrest on Sunday. (iWN photo)

A mother who took her son — now 16 — out of school last year cried in court Tuesday as a magistrate considered a sentence for him and his 21-year-old co-defendant for a burglary the jurist said showed the mind of “a seasoned criminal”.

Jerroy Phillips, 21, of Redemption Sharpes, and Anthony Hope, 16, of Belair, pleaded guilty to two charges when they appeared at the Kingstown Magistrate’s Court on Tuesday.

The men were also charged that on the same date, also in Kingstown, they entered the St. Hill Insurance Ltd. building as trespassers with intent to commit an offence, to wit, theft.

The court heard that about 3 a.m. on Sunday, Police Constable 865 Sheffique Joseph, acting on information, led a party of police officers to the St. Hill Insurance Business Centre, located on Grenville Street, Kingstown.

On arrival, Joseph saw that the door and gate on the first floor on the western side of the two-storey building were open. 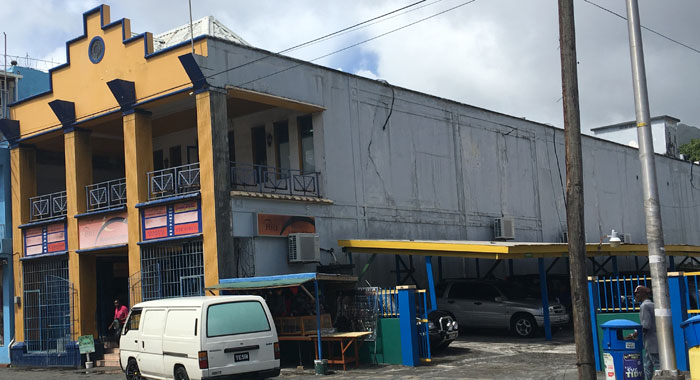 Police met the youths on the first floor of the two-storey building. (iWN photo)The lead officer contacted Mark Sassine, who operates a business in the building.

The police officer then gained access to the building and saw the defendant on the veranda of the first floor. They were both seated and had knapsacks with them.

The police officers searched the men and their bags and found that they contained tools — including a pig foot (crowbar) and screwdrivers, dark clothing, black gloves, black bandanas and other items.

The police asked the men why they were there. They gave no response.

They were taken into custody and were later charged.

The police conducted further investigations and later that day, Roxanne MacLeish, manager of St. Hill Insurance, arrived at the building and reviewed the surveillance footage.

The footage recorded between 2:28 a.m. and 3:17 a.m. contained the images of the defendants.

The review of the footage also showed that the defendants pulled down a surveillance camera on the building and damaged five padlocks.

When he saw the items that the men had in their possession when they were arrested, Senior Magistrate Rickie Burnett, who was presiding, observed that other charges could be brought against the men. 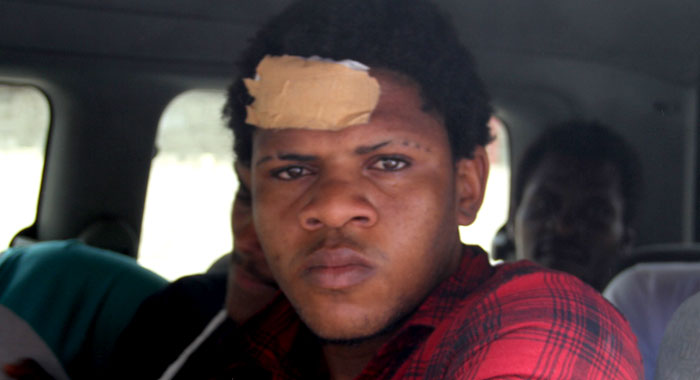 He said he was sending himself to school, as he did not live with his parents.

Phillips said he left school after neither of his parents attended his parents’ day meeting with his teachers as was required.

Meanwhile, Hope told the court that he was no longer in school because his parents removed him from West St. George Secondary last year after he got into a fight.

The Belair youth said he had gotten into “a little fight”.

“Come on. Be honest with me,” Burnett further told the youth.

Hope said another student had attacked him from behind and had stabbed him.

“And because of that, you were taken out of school by your parents? Nah! Something is wrong with that story,” the magistrate said.

The magistrate urged the youth not to lie on his parents, telling him that they have to come to court.

It was then pointed out to the magistrate that Hope’s mother was in court.

The mother told the court that she and her son’s father took him out of school because after the fight, the school placed her son in a class for students who will not sit the school leaving examinations.

She said they were seeking to get him into a technical-vocational education institution.

“Look at the type of crime that your son has committed at age 16,” the magistrate remarked to the mother, adding that both accused sat together and planned the crime.

“I can’t help it. I have to comment based on what is before me. You see these types of things in a movie,” the magistrate further said, noting that the youths had to get through five padlocks, and had removed a camera to access the building.

“Those are actions in my view of a real criminal. I can’t pretend about it.”

At that point, Phillips told the court “technically, the bags them was never in our possession”.

The magistrate, however, asked him what he was doing in the building at 3 a.m.

“3 a.m., when persons should be sleeping, black clothing, equipment to steal, well equipped to steal.”

The magistrate asked the men to explain their conduct to him, telling them that he wants to know.

Phillips then told the court that it “wasn’t rational thinking”.

He said that the tools brought to court were not in his possession but were what the police officer used to beat them, including a piece of board.

Phillips said the police officers struck him in his head, resulting in a wound to his forehead and beat him with a flashlight.

Hope, who was wearing a cast on his right arm, told the court “it kinda break [is kind of broken]” on Sunday.

He said he did not know which of the officers broke his arm.

At this point, Hope’s mother asked to address the court.

She said that on the evening before the crime, she hugged her son, adding that she had “this feeling”.

“And it hurts my heart to know that my son could do this,” the mother said.

The senior magistrate, however, told her that is the nature of life, adding that while she brought her son into the world, he has his own mind.

Asked to weigh in on sentencing, prosecutor Corporal Kenrick Williams, who had presented the facts to the court, noted that the accused are young men “both within the realm of 20”.

The magistrate commented: “Secondary school students. Look at what we are producing. This is so depressing.”

Williams continued, saying that he agreed that the crimes are very grave.

He, however, told the court the he still believes that the youths can be rehabilitated.

“I don’t want to arouse any frowns, if I say — recommend a suspended sentence. Sometimes, we need to learn to give a second chance,” Williams said, adding that the court does not have to agree with him.

Meanwhile, Prosecutor Sergeant Cornelius Tittle told the court that whilst he agrees that the men are of relatively tender age, the court must engage in a balancing act.

He said that the court must also consider the interest of the public.

“And at 3 a.m., fully attired and with the relevant tools. I believe that they can be rehabilitated with a custodial sentence as well. So maybe after that time, they will have learnt a valuable lesson and maybe when they go inside there (prison), they would learn a skill so that when they come back out, they can use it instead of breaking people’s place,” Tittle said.

The magistrate stood the matter down for some time for a representative of St. Hill Insurance to be summoned to make representation to the court.

When she arrived, MacLeish told the court that she would leave sentencing up to the court.

She said her only concern was the damage to the building.

Burnett told the court that the youths had embarrassed and depressed their parents.

He said the matter before him was so grave that he used the suspension interval to review the sentencing guidelines.

The magistrate noted the views of the Court of Appeal regarding sending young offenders to prison.

“But I can always depart from the guidelines given by the Court of Appeal, with reason.”

The senior magistrate, however, said he needed some time to reflect on the sentence he would impose on the defendants.

He, therefore, adjourned sentencing to next Tuesday, Feb. 27.

The men appeared in court on a day when the senior magistrate sentenced a 35-year-old first-time offender to four years in prison for burglarising a house and stealing groceries, a laptop computer, and other items.