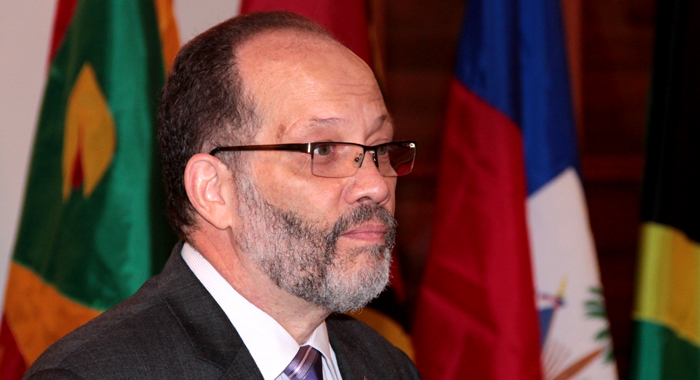 PORT-AU-PRINCE, Haiti — Secretary General of the Caribbean Community (CARICOM), Irwin LaRocque, on Monday called on CARICOM to counteract the threat of crime and violence.

“As we pool our resources and strategise to combat the damaging effects of climate change, we need to do so as well to counteract another threat to our societies…. I refer to the effects of crime and violence,” he told the opening of the 29th Inter-Sessional Meeting of the Conference of Heads of Government.

LaRocque pointed to the toll on societies through “loss of lives”, “injuries” and the “psychological trauma” and observed that the greatest impact was on families.

“It was within that circle the battle against the scourge must begin.”

The secretary-general suggested revisiting the CARICOM Crime and Security Strategy (CCSS) signed five years ago in Haiti to identify areas for improvement in order to make it more effective.

He pointed also to a number of legal instruments that he said were significant additions to the CARICOM’s armoury against trans-border crime.

In this context, he singled out the CARICOM Arrest Warrant Treaty and the Agreement on the Return or Sharing of Recovered Assets, stating that he looked forward to the treaty being ratified as soon as possible and to the completion of the negotiations for the agreement.

The CARICOM Arrest Warrant Treaty simplifies the procedure of returning fugitives to the country where charges have been laid, while Agreement on the Return or sharing of Recovered Assets provides a framework for the return or sharing of criminal assets that have been moved to another jurisdiction.

The secretary-general said that the region has been working on a counter-terrorism strategy. He drew attention to the very nature of the community’s interconnection and its vulnerability, as a result.

“… an act of terrorism or violent extremism in one Member State will resonate and have repercussions through our region, he said.

The secretary-general said that the issue of crime and violence was regional problem demanding a regional solution and that it required the full cooperation of all the national and regional agencies charged with the responsibility for addressing crime and security.

In 2007, CARICOM made security its fourth pillar of regional integration arrangements, as they sought to strengthen the security architecture and their efforts in harmonising the fight against crime.

The Ministerial Council for National Security and Law Enforcement has oversight of the Region’s security architecture, while operationally, the CARICOM Implementation Agency for Crime and Security is the coordinating institution.

One reply on “Crime, violence taking a heavy toll on CARICOM societies”