Woman dies 3 weeks after being injured in bus crash 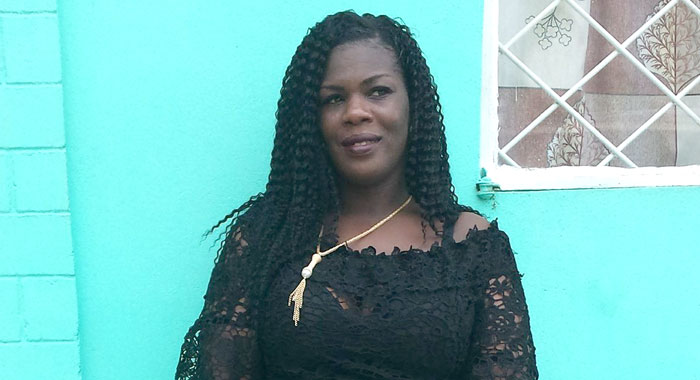 The family of Latoya Prince of Chauncey has been left in utter shock and dismay after the woman died suddenly Saturday morning, three weeks after being injured in a minibus crash.

The 34-year-old seamstress, who suffered a broken leg and a fractured arm when the minivan in which she was travelling to Kingstown crashed in Lowmans Hill on Feb. 3, died three days after beginning to complain about chest pains.

Latifa Wales, 18, the oldest of Prince’s three children, said that the information communicated to them by health professionals suggest that her mother might have died of a blood clot.

Prince’s boyfriend, Daren Chance, told iWitness News that doctors have told him that they are working with that theory.

An autopsy is slated for Tuesday.

Wales told iWitness News that her mother died about 10:20 a.m. Saturday on her way to the Milton Cato Memorial Hospital, located some four miles from their South Leeward home.

The grieving daughter said the accident in which her mother was injured occurred while she was on the way to take a meal to her (Wales) at the Milton Cato Memorial Hospital, she having given birth the previous day.

She said that while she was attending to her newborn, a nurse told her that her mother had been injured in a minibus accident.

“When I went, I saw her in an injured condition crying. Her foot had a bruise, her hand was bruised and she had a bruise on her head,” Wales, said, adding that her mother was later assessed to have suffered a broken leg and arm.

She was released the following Thursday, Feb. 8, after going through a medical procedure to treat an injured bone.

Wales told iWitness News that after being discharged from the hospital, her mother only complained about pain in her leg.

However, three days before her death, she said her mother began complaining about shortness of breath.

“I didn’t take it as anything because the cast [was] heavy, so I thought it was just the cast.”

She, however, said that the Saturday her mother died, she was crying for water and tea.

“We gave her. I helped her clean her room. She ended up on the ground, saying she was going to rest,” she said, adding that her mother further complained about shortness of breath.

“All that time, she was not going as yet. She was still responding,” Wales said, adding that this was sometime after 8 a.m.

“That is the last time I saw her face. When I got to the hospital, I couldn’t face her,” Wales said, adding that her mother died on the way to the hospital.

“But she been done start to give up on us home,” Wales said, explaining that her mother was already unresponsive when they set out for the hospital.

She said that she and her siblings, ages 16 and 11, were not coping well.

“Our mother was the provider in the family. Daddy was helping, but he was out of a job for a while,” Wales told iWitness News.

She spoke to iWitness News after she and some of her mother’s friends had completed a candlelight vigil.

She said that the event was helpful, emotionally.