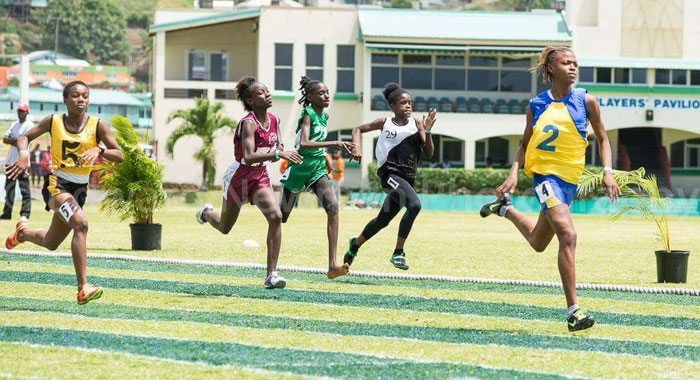 A 13-year-old student at Barrouallie Secondary School (BSS) and member of High Performance track club of Layou leads this country’s Carifta hopefuls following outstanding performances over the weekend at the Barbados Junior Championships in Athletics which also serves as the official Carifta Trials for that country.

Ulanda Lewis, competing first on Saturday in the 100m Under-17 category, posted 12.50 seconds in the Heats and easily defeated the opposition in the finals with 12.34 seconds.

In the 200m on Sunday, she contested only the heats and again posted the best time with 24.81 seconds.

She made the Carifta standard in the 400m.

He made the Carifta standard for the 800m.

She made the Carifta standard for the 100m.

The previous week saw a contingent of Zita Vincent, Chantel Williams, Romar Stapleton and Shamar Welcome compete at a Pre-Commonwealth Meet in Trinidad and Tobago, where only Vincent achieved the Carifta Standards (in the 800m).