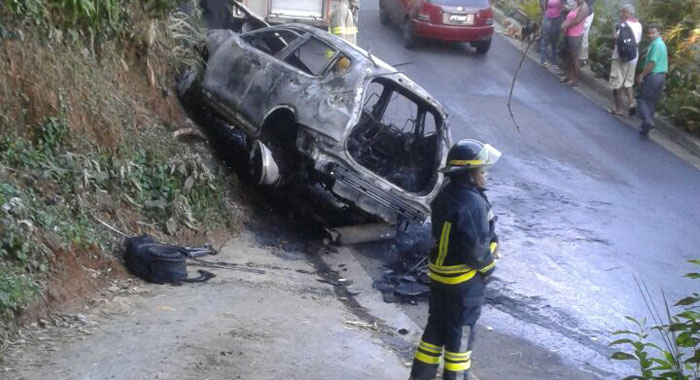 Police are investigating the circumstances of a vehicular accident that occurred near the La Croix public road, resulting in one of the vehicles bursting into flames Thursday morning.

Motor vehicle HN828 was reported to have been travelling towards Mesopotamia and P8822 was travelling in the opposite direction, towards Kingstown when the accident occurred, police say.

The other vehicle received minor damage to the front of the vehicle.

James is reported to have sustained injuries to his fingers on his right hand and bruises about his body.

He was transported to Milton Cato Memorial Hospital for medical attention.

A child was a passenger of P-8822 and is reported to have escaped unhurt.

Investigations are being carried out into the mater.