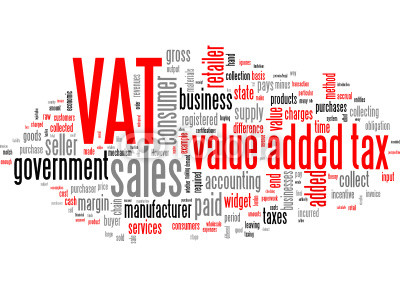 The Public Service Union (PSU) is calling on the government to remove valued added tax from electricity bills.

The call by PSU leader Elroy Boucher on Wednesday comes one month after Minister of Finance, Camillo Gonsalves, announced that come May 1, his government will lower from 200kWh to 150kWh  per month, the point at which the tax will kick in for domestic consumers.

Notwithstanding the higher threshold for taxing income and the reduction in the tax rate which will result in lower taxes, VAT on domestic electricity usage will kick in earlier.

As of May 1, the government will reduce the kilowatt threshold for VAT from 200kWh to 150kWh.

He said that with the adjustment, just 36 per cent of domestic customers would now pay VAT.

“The poor do not consume 150 units per month; so, they would still not pay the VAT. The VAT is payable only on the basic charge, and is not paid on the fuel surcharge,” the minister said.

His comments echoed sentiments expressed by his father, Prime Minister Ralph Gonsalves, a decade ago when VAT on electricity was introduced.

But speaking at a press conference in Kingstown on Wednesday, Boucher called for the removal of VAT on electricity.

He said that his union is opposed to the lowering of the threshold, saying that domestic consumers are already finding it hard to stay under 200 kilowatt-hours.

“A few years back, VAT was introduced on electricity. The prime minister said it is set at 200 kilowatts because the poor do not use more than 200 kilowatts.

“So you make the assumption that all who consume below 200 kilowatts fall in the category of the poor.”

Boucher said that a decade after VAT on electricity was introduced, the unemployment rate is 25 per cent, higher than in the year 2000.

“The employment rate among the youth is around 46 per cent. Unemployment is directly related to poverty. So if you are dropping it now, you are, indeed, putting VAT or taxing the poor who have to struggle to meet the 200-kilowatt bar.”

The union leader said that it is amusing because when government ministers and politicians speak, he asks himself “if they really think that we are all fools…

“In our view, there really should be no VAT on electricity; none whatsoever.”

He said the government has admitted that Vincentians are among the highest taxed people in the Organisation of Eastern Caribbean States.

“So why are you going to lower that consumption rate and apply VAT to it? You are now going to ask the poor to pay more for their electricity. That is what you are doing,” the union leader said.

He told the media that the evidence is quite clear in that there cannot be higher unemployment and an expectation that the poverty numbers are going to be lower.

They must be higher, and therefore, you show that if you want to do anything to alleviate the strain on the poor, carry it up to 300 kilowatts or 250 kilowatts.

“But in our view, take it off entirely,” Boucher said, adding, “Vincentian workers and the households need a break from the taxation.”

He said that 10 years ago, the economy was “literally crawling” and the government increased taxes to find money for its operations.

“To me, this is a desperate move to put VAT on this particular consumption level of electricity, under the guise that people don’t really use that,” Boucher said.

He said the union sees as very “insensitive” the fiscal measure announced by the government in the 2018 budget.

The measures include increasing from EC$18,000 to EC$20,000 annually the level at which Vincentians begin to pay taxes and a 2.5-percentage point reduction in personal income and corporate tax, which both now stand at 30 per cent.

“[There is] no empathy for the poor…” Boucher said, adding that people are turning off all their lights at night just to conserve electricity.

“And we are living in a society where violence is ever so present. In other words, these measures are making the lives of the poor and Vincentian workers more difficult,” he said of the fiscal measure.

“So we hope that the government can come up with some measures to find some relief. And our advice, take VAT completely off. Take VAT off electricity,” Boucher said.