How to install a Manchurian Candidate? Slowly 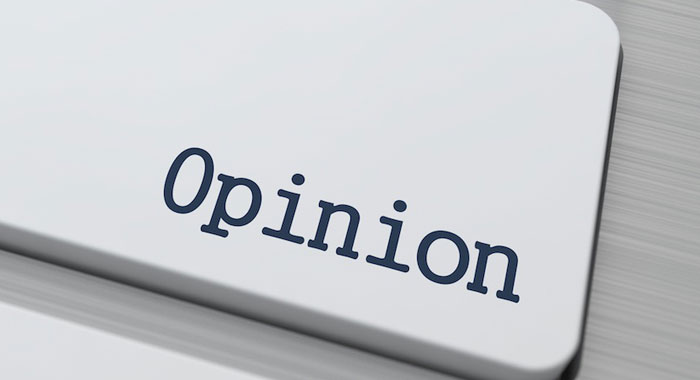 I believe that whatever board got together whenever to approbate Williams’ judgeship to anywhere, and did, to Belize, right before they were about to sign off, one of the members had the Machiavellian smarts to counsel the others with, “Wait. It is of fundamental importance that we, me for you, do this to have our prebuttal ready.” Then he scribbled on a piece of paper these words, “It is not merely of some importance but is of fundamental importance that justice should not only be done, but should manifestly and undoubtedly be seen to be done” — quoting Lord Chief Justice Hewart of England. The Devil cites scripture.

Then the Machiavelli took the piece of paper with the words they are supposed to live by, but were doing not a bit of them words at the time, made it into a paper plane and flew it out of a window, many stories up. He turned and said, “Minus that earlier time moral encumbrance, which has no place in this here room anyways, we are now safe to sign off on Justice Soap Powder.” The plane crash landed. A harbinger of likely legal misfortunes for some unsuspecting sods. I believe that is how it went.

The six years ago, when we were building the airport with mostly Venezuelan oil money, a Venezuelan boat, “El Amigo Fay,” with nine “fishermen,” with a stash of “soap powder,” illegally entered our waters off Union Island. Sticking with the established orthodoxy, the stash had about 20 smaller packages within. For when you have only one sock to wash, say, or for the retail trade, say. Not to miss: the stash came from Venezuela, maybe, hermetically waterproofed in case the licit “soap powder” fell overboard by misadventure. Inclement weather, say. To be sure, it was secured to an anchor for sure retrievement. Good planning, Batmen, as there was all the above: misadventure, overboard and retrievement.

The boat was approached by the Black Squad and a customs guard with the ill-suited sobriquet, “Money Man.” The naïve assumption would be that the “fishing vessel” was boarded because they entered illegally. My mind is not so naïve. The “fishermen” travelled with a small arsenal to protect their “soap powder.” A commodity that can be bought at every — not “any” — corner shop, everywhere. It attracts 20 per cent duty and five customs service. I don’t believe smugglers does sweat VAT. Still, they were going to face ferocious competition. Better they did fish. The “fishing boat,” by the way, was fishless.

Then, there was an almighty pow-pow that left one badly wounded and four dead; three Venezuelans and our own “Money Man.” Over what? An unstamped passport? Right.

Bodies not cold, a mother of one of the living was already calling on Chavez to unwrite SVG laws for her criminal son. With the airport already behind schedule, this is a wrinkle they could ill-afford. Chavez moolah? There are, alas, no free lunches.

Collin Williams, DPP, charged with prosecution of criminal offences, took full control and responsibility with an obiter dictum, “There is nobody on the face of the earth that I have met, that I am afraid of, who going tell me what to do.” The stench that surrounded the aftermath of the fiasco was physical and exuded legal corruption and legal conspiracy and legal choreographics and moral sleaze. I see his actions as personal indiscretions and each step, at one time or another, a tenacious pursuit of transgressions.

Legal corruption and moral sleaze. The DPP had four dead bodies; three with bullet holes. Bullets. Guns. Witnesses. One with bullet wounds. Don’t forget the smuggled stash. He had that. And he has access to ballistic tests. Yet, the DPP discontinued the case pronouncing, ipse dixit, “no evidence.” Hours after the discontinuation of what I don’t know, the criminals were on their way, home sweet home to their mammies. Yugge Farrell could not even dream up that privilege.

It galls me that “soap powder” was flicked away with a swagger; a puerile and inane, “That is very curious, isn’t it?” But no, dickhead, it isn’t. You are the abstruse curiosity. “That is very curious” is his professional psychology as a criminal prosecutor. It is innate, and that is what the people in Belize, to start with, are going to get for a judge. May God help them. But He won’t. He didn’t help us, so He won’t help them because He is a fair. It is told.

Legal choreographics and moral sleaze. In 2012, the Prime Minister said many things; that “a coroner’s inquest was legally required” making it illegal not to have one “and will be conducted”. It wasn’t. “I am hopeful that this will be done shortly.” Are we there yet? No. “There will be a coroner’s jury selected in the normal way.” What? He don’t hear? He can’t speak for Colin. (That’s where Sobato learn it.) Technically, it can be said that the DPP entered a nolle prosequi in the case.

Conspiracy and moral sleaze. The Venezuelans were allowed to go back to their mammies because it would “not be difficult” to bring them back. Right. The only inquiry into the crime was a 2013 bogus, stage-managed affair. They were having an inquiry without the witnesses them. Ugh. The show was adjourned without a date for resumption. How sweet. Adjourned sine die gives me the heebie-jeebies that the magistrate was complicit in the effort. She, too, is now a judge in Belize. Compare: In October 2012, seven Guyanese were remanded into custody until February 2013 for, and get this, conspiring to commit burglary. They shoulda help build airport.

When the government appointed Colin as acting DPP in 2003, the St. Vincent and the Grenadines Bar Association kicked shit in a public release, expressing “profound dismay” and “concern.” Colin, though, turned out to be a damn good investment for the Government. But at the expense of a timeless, moral principle.

Camillo better seek watertight advice and choose his DPP good. One like Colin because a DPP cannot, just simply cannot, be fired. A vehicle for facilitating judicial impunity. Demonstrated.

PS: Kenton, in your piece, “DPP QUITELY LEAVES OFFICE TO BECOME JUDGE IN BELIZE,” you should have stuck in, “… like a thief in the night.” Careful now, as a metaphor. I mean, com’on, if Matthew, I think, can use it for the Lord’s coming, you can use it the same way for Collin’sgoing. If we can accept, metaphorically, that the Lord is “like a thief,” then who is Colin?Or you?

3 replies on “How to install a Manchurian Candidate? Slowly”