Final adjournment’ in case of woman accused of son’s murder 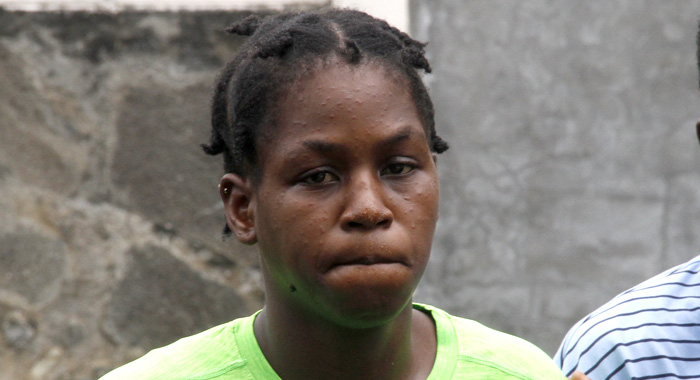 Diana Caine, when she was arraigned in Kingstown last August. (iWN photo)

The prosecution has been granted a final adjournment in the case in which a woman is charged with the murder of her 3-year-old son.

A then 7-months-pregnant Diana Caine, 23, was indicted on Aug. 30, 2017 on one count of murder relating to the death of her child.

Police say that LJ Keran Leran Jack, Jr, of South Rivers, was found lying on the ground with an injury to his head on Aug. 24, 2017.

A post mortem examination revealed that he died as a result of blunt trauma to his head.

When the case came up for preliminary inquiry at the Serious Offences Court on Thursday, Senior Prosecutor Adolphus Delplesche told the court that the investigating officer was yet to submit the file.

However, the investigator, Detective Corporal Wilma Black-Williams, approached the prosecutor and spoke to him.

Delplesche then told the court that the detective had protested his comments and had told him that she had submitted the file since Jan. 15.

The prosecutor further told the court that he had been informed by the Process Department of the Police Force that the file had reached them on March 12, after they called the relevant police station to inquire.

Chief Magistrate Rechanne Browne-Matthias told the prosecution that they have to sort themselves out.

She, however, agreed to grant a “final adjournment” in the matter — which has been called a number of times since Caine was indicted almost seven months ago.

If the prosecution is not ready to proceed with the preliminary inquiry on April 13, the date of the next hearing, Caine is likely to be discharged.

The woman gave birth a number of weeks after being remanded into custody, where she remains.

Her child is said to be in the custody of a relative.