The issue of women in our society 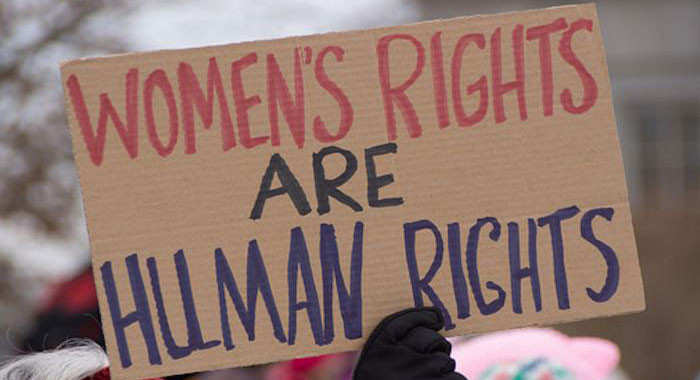 The issues confronting women in our society has propelled me to lend my voice on these matters. Women play a pivotal role in the development of our social, political, religious, and economic landscape, especially in small developing states and as the world celebrated International Women’s’ Day on March 8, 2018, it is disheartening to see that our women are, seemingly, backed into a corner to be silenced. Today, our women, even those in St Vincent and the Grenadines, are still living in fear, they are being raped, sexually exploited and are forced to trade their dignity in exchange for jobs. It appears that the honour that was once bestowed to our women is long gone and they are now seen as mere objects for pleasure.

Further, it appears that there are not enough strong groups to help protect our women or create an avenue where they are comfortable in reporting these ills. We must never forget our dear sister Rosa Parks who decided that enough is enough, took a stance and single-handedly created a change, our own sister Luzette King, a woman with tremendous strength, continues to champion the cause for women. Women should never allow those efforts to slumber. Professor Dr. Kristina Hinds, at the University of the West Indies Cave Hill Campus, Barbados recently demonstrated that women’s voices need to be heard. The protest she lead was small in numbers yet forceful and highlighted a greater call for all women to take a more active role in dealing with the issues that confront them and to send a strong message to men, especially those with political power, to rethink their approach when dealing with women within our Caribbean civilisation. She refused to remain quiet even when some thought she should have. Many young women should look to Dr. Hinds for guidance and seek to emulate her courage and strength like our own.

There are some who said they have fought in the past for people to be liberated yet are calling for her to be fired. These self-proclaimed liberators who silently oppress our women and girls should hang their heads in shame. Even our very own Prime Minister led a protest of students, on Oct. 16, 1968 at the University of the West Indies, Jamaica, fighting for what he deemed injustice and abuse of power by the Jamaican Government on Professor Walter Rodney. (The making of the Comrade 2010). This was welcomed and very much accepted by many and was never deemed “not the right place and time”.

One can only assume that perhaps the leaders of the student protest might have been motivated by the astonishing pandemonium of youth-led movements in Canada, the United States Mexico, Prague and Paris. This shows that standing up for a cause is nothing new nor uncommon. Whereas the issues are different, the principle of fighting for what you believe in remains the same. The recent march to celebrate International Women’s’ Day in St. Vincent and the Grenadines, where approximately three dozen women showed up, demonstrates the fear, the weakness and the fragility of our women, compared to our neighbouring counterparts where hundreds marched, held concerts and showed their strength as women.

Women, I urge you to search deep within and find that strength and resilience. Stand up for what is right, even if you stand alone.

9 replies on “The issue of women in our society”