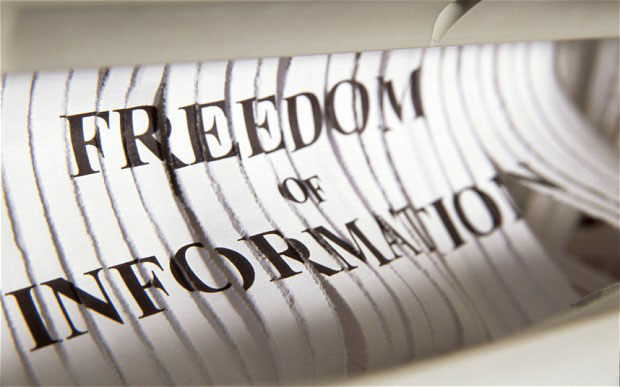 “Secrecy, being an instrument of conspiracy, ought never to be the system of a regular government” (Jeremy Bentham, 1839).

The front page headline story “Share Data” in the March 16 edition of Searchlight newspaper in St. Vincent and the Grenadines (SVG) was a painful reminder of how difficult it has been for me as a social scientist to access local data freely available to one and all in most democratic countries.

The theme of the article was the OpenStreetMap (OSM), a global non-government project that began in 2004 to create a free editable map of the world containing all manner of verifiable information collected by and from a number of sources, including governments.

According to Camillo Gonsalves, SVG Minister of Information Technology, who argued at an OSM workshop on March 12, 2018, “We need a voluntary system [among SVG’s public servants] and not something where people have to coerce someone to give them data [collected by the state].”

Minister Gonsalves opined that government functionaries often do not share data with the public fearing that, “Why are we making that public? We don’t know what is going to happen to it when you let it go; somebody might do something evil with the data.”

The current lack of access to government data is far worse than the Minister implies because there is no freedom of information legislation in SVG that would coerce the government to release even the most uncontroversial information that is not voluntarily given.

The question both researchers and ordinary citizens need to ask is “why all the secrecy?”

A good example is the annual Digest of Statistics, a report containing a wealth of information on population, transportation, communication, education, tourism, finance, trade, crime, and other areas compiled by a department over which Minister Gonsalves has overall control. The last online report appeared in 2012. The only previous report was dated 2004. Under previous regimes – including Labour Party governments — going back to colonial times, annual reports were available in printed form within 12 months. The same holds true for the many other government reports, including independently audited line item budgetary spending on projects like Argyle International Airport that are never made available to the public. Why all the secrecy, if there is nothing to hide?

Another example is the lack of access to the government email addresses of the various ministers of government, a commonplace listing in many governments around the world. To be sure, such emails would be first perused by an assistant who would redirect them to the minister or other personnel based on an established protocol. Why the lack of communication, if not accountability, to the voting public that this implies?

A personal example of these issues involves the 2016 and 2017 SVG visitor arrival statistics posted on the Tourism Authority web site, both of which were so sloppily formatted that they were almost impossible to read. Despite no fewer than seven emails to various functionaries in the 31-member Authority, including its three statisticians, during the last week in February, I received neither an acknowledgement nor the requested correction.

Whether ignoring my request (which would have involved a minor reconversion from the original EXCEL to the posted PDF file) was the result of sloth, incompetence, or indifference, I cannot say. Whether it was rooted in petty vindictiveness based on the possibility that I “might do something evil with the data” by employing it in one of my critical Argyle International Airport essays, I also cannot say.

What I do know is that it was surely not a product of the lower-level bureaucratic inertia and unaccountability implicit in Minister Gonsalves’ statement: how many public servants would be willing to exhibit a fearless sense of independence from their political masters in the absence of union solidarity and strong whistleblower protection? That civil service underlings operate under the wing, if not foot, of their senior appointed bureaucrats and elected government ministers has just been succinctly explained by someone who should know, Jomo Thomas, Speaker of the House of Assembly, who rightly pointed out “the wretched state of our [government] trade unions” in his March 16 weekly column in The Vincentian newspaper.

In little SVG, as elsewhere in the Caribbean, when it comes to the free public access to government data, the buck both starts and stops at the top levels of the political hierarchy.