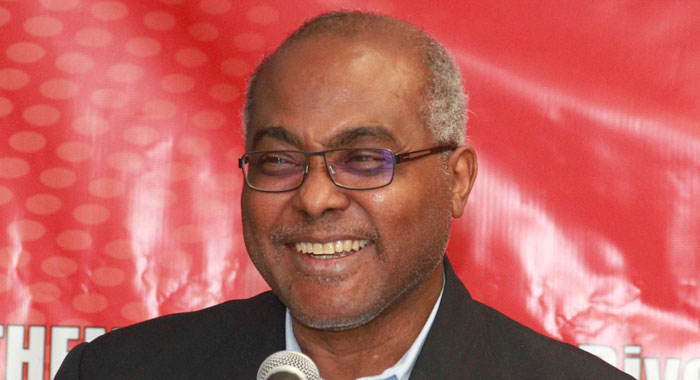 Members of the St. Vincent and the Grenadines Teachers Union have been told that solidarity, strengthened and deepened by diversity, leads to a more robust democracy.

In delivering the keynote address to the union’s 20th biennial convention in Kingstown on Thursday, Peter Wilson, former general secretary of Trinidad and Tobago Unified Teachers’ Association (TTUTA), said the “different perspectives, strengths, the contending views which lead to that fundamental community of interest, lead to a deeper respect and value for differences”.

He said the union must recognise the validity and value of different people and positions and respect fundamental rights and freedoms.

“We become more flexible and tolerant. The realisation dawns on us that we must cater to the needs of all; all must have a say and a share,” Wilson said in the speech in which he outlined how fragmented and various unions representing teachers in Trinidad and Tobago had amalgamated and become a force to be reckoned with.

Among the changes he said that were instituted in TTUTA was that for national office, there was immediately instituted a “one person one vote” principle.

This replaced a delegate system, and set up a structure for decision making centred in representative bodies rather than executive officers, Wilson said.

“This democracy means that there must be equality of opportunity as each individual has the right to develop his/her skills and to equal treatment before the law and access to the public good of the society. In doing this, we also realise that, because of our differences, some persons need different levels of assistance, facilitation and intervention in order to make use of the opportunities — the concept of equity. We need to have equity and equality,” Wilson said.