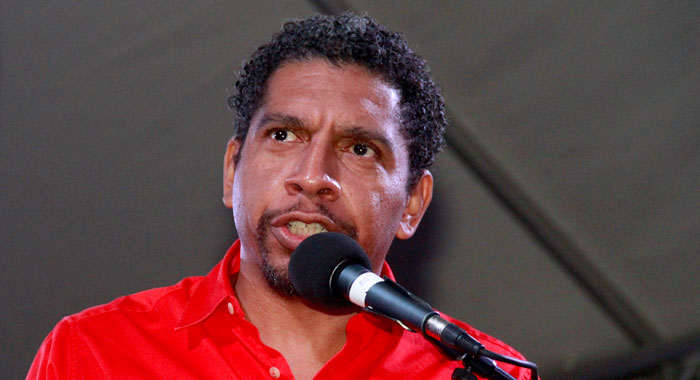 He told his Unity Labour Party rally in Calliaqua on Sunday to mark the party’s 17th anniversary in office that his party will always do good because Galatians encourages not growing weary of doing good.

“And we are not weary and we will not give up,” said Gonsalves, who is into his first term as an elected member of Parliament, having won the East St. George seat in 2015, after two years as a senator and minister of finance.

“The opposition is weary. The core of the opposition NDP is unchanged from the licks that they got in 2001. Eustace, Friday, Cummings, Leacock. Same set of old people who get licks in 2001, in 2005, in 2010, in 2015. Politically prehistoric, political stone age, political Flintstones,” Gonsalves said.

He was referring to Arnhim Eustace, who has been representing East Kingstown since 1998, MP for the Northern Grenadines, Godwin Friday, who came to office in 2001, and Daniel Cummings and St. Clair Leacock who began representing West and Central Kingstown in 2010.

Camillo cited Jamaican dancehall artiste Vibes Kartel’s song “Yabba Dabba Doo”, in which the artiste says, “When you see a gyal and her crew say, ‘Who let the Flintstones out?’ Yabba Dabba Doo!”

Further referring to the NDP, Gonsalves said: “They replaced one of their fresh legs, Vynnette [Frederick], with an old man, Jules Ferdinand [in West St. George in 2015]. And they replaced that old man with an even older woman, Kay Bacchus. The youth come and go in the NDP, but only the dinosaurs are constant.”

Gonsalves said that when Leacock called eight years ago for fresh legs in the NDP, then party leader Arnhim Eustace – now 73 — was younger than Leacock is now.

“So how he ain’t calling for fresh legs for heself? But our party is a party of change and renewal we change personnel, we change attitudes, we change cultures, and together we are changing this country for the better and building a nation fit for the future…

“The older ones would know that when Joshua was no longer a political force, his political party collapsed. And when Mitchell surrendered his party to Eustace, it collapsed and it can’t catch itself yet. And when Cato gave up the reins of Labour, it was many years before Sir Vincent and Sir Louis and Gomery and Sister Rene and Comrade Ralph led us out of the wilderness.

“But this ULP has built a party, a new structure and a new base that is bigger than any one man. We are mass party in the trustiest sense. Together, we have survived the global economic depression, survived the hurricanes and floods and survived storms, we have survived mindbenders and political dirty tricks, and we will survive the planned and unplanned changes that lay before us, because what e’er the future brings, our faith will see us through,” he said, quoting the National Anthem.