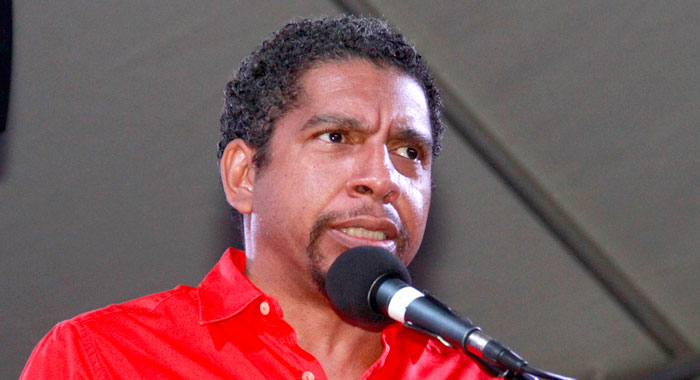 Minister of Finance Camillo Gonsalves says that when the main opposition New Democratic Party speaks about citizenship by investment, they are  “singing the song of their passport masters who fund their campaign on the promise that if the NDP comes into office, they will sell your passport”.

The minister’s comments came on Sunday as he addressed the Unity Labour Party’s rally to mark 17 years in office.

“When you hear the NDP talk about switching from Taiwan to China, they’re singing the song of their passport masters who know that plenty Chinese people out there want to buy Vincy passport,” Gonsalves told the rally in the Calliaqua, located in East St. George, which he also represents in Parliament.

“Every word that they utter is scripted by their passport masters and the SCL,” he said.

Gonsalves said that the biblical axiom that one cannot serve two masters is also true in politics.

“You either serve St. Vincent and the Grenadines or you serve your passport masters. You can’t serve them both.”

He said that Opposition Leader Godwin Friday has a third master: his Canadian passport.

Gonsalves, who was born in the United States but gave up his US citizenship before entering politics, said: “Comrades and citizens, you will be called on to explain to them what is a Vincy. Vincy is not something you can buy and sell and trade and sell out. You will be called to explain to them that our citizenship is priceless and invaluable and that you will not prostitute yourself for any price.”

Gonsalves, who was constitutionally Vincentian at birth, by virtue of his father –Prime Minister Ralph Gonsalves’ birth in St. Vincentian and the Grenadines — said that Vincentians will be called upon to choose a party not led by pollsters but by principles.

“… not by consultants but by conviction, not by cynicism but by hope and optimism,” he said.

“They want to sell us out, to sell our alliances and our allies, to sell our passport. You 2001, and 2005, and 2010, and 2015, you must stand with your party on the side of right. You must tell them that we reject their games and we reject their attempts to play us as fools.”

Gonsalves said that the NDP does not believe that a small state can exist on the strength and ingenuity and creativity and hard work of its citizens.

“They believe that our survival and prosperity is linked to prostituting the very essence of our nationhood to any and all comers. But they are wrong. They want to mortgage our future. We want to invest in your future,” he said.