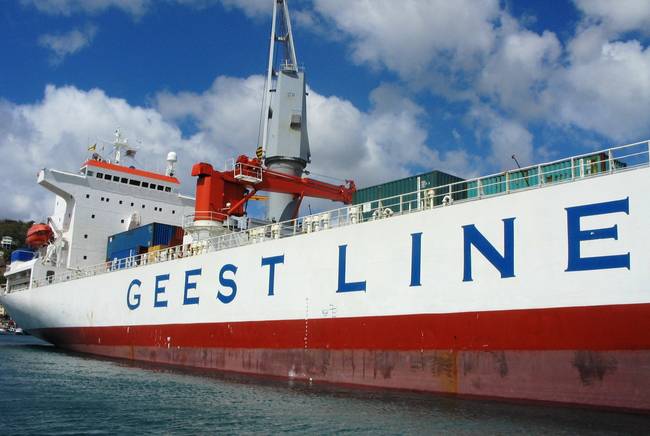 A St. Vincent-based farmers group has written to an international shipping company about the financial and other impacts that random cancellation of calls to Port Kingstown are having on its business.

“Over several months, Geest has been randomly cancelling regularly scheduled calls to Port Kingstown at what can only be described as the last minute,” Jethro Green, coordinator of Eastern Caribbean Trading Agricultural & Development Organisation (ECTAD), said in an April 18 letter to the UK headquarters of Geest Line.

Greene said that on Wednesday, April 18, sometime shortly after 12:30 p.m. — the deadline for closing off orders to Geest — he was told that the Geest ship would not be calling to St. Vincent.

“Today’s cancellation came after ECTAD had confirmed with Geest’s agent in Kingstown since Monday April 16th that we would have a shipment and after we had already purchased and prepared for shipment almost 300 boxes of produce at a cost of over Eighteen Thousand dollars ($18,000 EC).  No explanation was given for today’s cancellation,” Greene said.

In the letter which was copied to Minister of Agriculture, Saboto Caesar, among others, Greene said another “random and unexplained cancellation” occurred in February, when ECTAD had a shipment to England, but GEEST cancelled the shipments for two consecutive weeks.

“ECTAD had to store its dasheen shipment in refrigerated storage at tremendous cost to our organisation (a cost, which we are still struggling to offset).

“GEEST’s unreliable scheduling to St. Vincent is literally costing ECTAD our business, unless we can reliably ship produce to our customers we will not be able to maintain our supplier arrangements and our operations will fold,” Greene said.

He said that like most small non-profit organisations, ECTAD has little operational capital, and cannot sustain the losses to revenue that result from these cancelled schedules.

“Currently, we are trying to figure out how to handle this week’s cancellation as we cannot afford to pay for refrigerated storage,” he said.

As paying customers, we expect and demand more transparency and clarity from Geest regarding the schedule and the reasoning behind these seemingly random cancellations.  We also request compensation either for the cost of refrigerated storage or for loss of revenue for our shipment.  We also recommend that Geest arrange for or provides cold storage facilities for our perishable goods when they cancel scheduled port calls randomly, irrationally and without timely notice.”

In reiterating “the devastating impact of this situation”, Greene said that ECTAD has fought hard to secure private investors to support its operations.

“We operate on razor thin budgets and absolutely depend on reliable weekly shipments to sustain our operations.  Every time Geest decides to cancel a shipment, we suffer financially.  Our financial losses affect the dozens of small farmers that grow the produce we supply.

“At a time when investment capital is increasingly difficult to secure, when less and less agricultural produce is exported from St. Vincent, and when our farmers have fewer and fewer options to market and sell their product, Geest needs to commit to helping, rather than hindering, our agricultural trading sector,” he said.