Let the Rastaman practice I and I livity 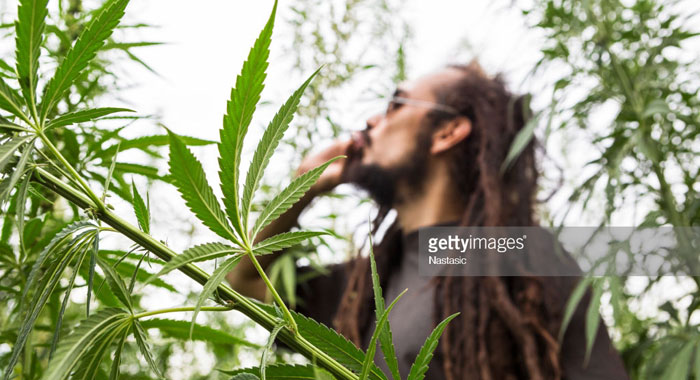 By Church of His Majesty Ivine Order

Hear this all ye people, give ear all ye inhabitants of the world both, low and high, rich and poor together. My mouth shall speak of wisdom and the meditation of my heart shall be of overstanding. (Psalm 49.1-3)

Greetings in the name of His Imperial Majesty Emperor Haile Selassie 1, JAH Rastafari!

To our esteemed Members of Parliament, I and I bring salutations.

It has been nearly two years since the CARICOM Ganja Commission came to St. Vincent and took our views on ganja. We have heard nothing of the Commission since then and, of course, in the meantime, Jamaica has gone ahead and removed the unjust laws which made it illegal for Rasta men and Rasta women to practice their religious rights and use ganja. Belize has decriminalised, so too the Cayman Islands and Bermuda, just last year; and the US Virgin Islands in 2014. Antigua has passed it in one part of their Parliament, and St. Kitts and Nevis has set up its own commission. As we all know also, in the United States, 18 states have decriminalised and 10 states have legalised it. Uruguay has fully legalised possession, cultivation, and transportation.

The CARICOM Commission is a waste of time, and our parliamentarians should not wait on it.

We hear that ganja for medical use will soon be allowed, and even though it will may or may not benefit I-and-I, we overstand that in these hard economic times, ganja, the low hanging fruit, can’t be resisted. As Junior Gong said, “Babylon fight it for years, now all ah dem want shares.” That’s the world we live in. We know how global capital works. But we think I and I are being treated unfairly.   We are Rasta. That is our livity, our religion — as the world calls it. We smoke ganja as part of our religion. The Constitution says that we have a right to practice our religion, and all the tenets of that religion. All I and I want is that right.

We hear that only medicinal cannabis and not religious use can be considered at this time, in large part because of the views of the Christian Council and community. We are not politicians, but we overstand the politics of the matter. Votes are at stake. We get it. But that does not make it fair or just. We are religious people too. Big Church 1, Big Church 2, and Medium Church 3 cannot tell I and I how to practice our livity simply because they are in the majority and we are a minority. (And neither can the law, for that matter, since our right is a foundation right. Everything else must give way). That would be religious persecution. We don’t tell Big Church 1, Big Church 2, and Medium Church 3 what to put on their altar. We put Selassie and the holy herb. We cannot tell Big Church 1, Big Church 2, and Medium Church 3 what to drink and eat in their ceremonies when they worship. We smoke ganja when we praise Him. In the Binghi House, when we chant His name, we beat our drums and draw on we chalice.

So why, in 2018, is our way of life treated with such disrespect? Is it because we are poor, marginalised, disenfranchised, or, as Bunny Wailer says, blackheart men and women? Is it because Rastafari is the most African of the religions in this country? The days of illegalising our Afrocentric religions should have ended when the Shakers Baptists were finally allowed to practice their religion, adorn in their splendid robes, ring their bells, stomp their feet, and enter their moaning room and their trances, free, decades ago.

The Church of His Majesty Ivine Order was incorporated under Act No 32 of 2006 by your Parliament, the first Rastafarian Church in the Caribbean to be so honoured. So you recognise us but don’t really accept us?

Its nonsensical to tell the Rastaman, “get a license (if you can); we will allow you to grow the herb to sell overseas and get some money. But you can’t use it to worship”. No church puts money before God. It’s a mistake to try to cut off man from his culture and to eat the fruit of the tree but chop at the root.

If it’s the money as you say, then that’s not a problem since you must know that African culture in the West has value and a money value. Just two examples: the richest family in the Caribbean is the Marley family, sitting nice from RASTAFARI works; one of the biggest movie in the world, which opened last month, is about an African hero in an African land.

Please, Parliament, do the right thing. When you vote, let the Rastaman practice I and I livity, our religion, freely, without fear of getting locked up and brutalised. Don’t leave it to some policeman’s mood as to whether he will give us a pass or not. He might not.

Give us our equal rights.

Church of His Majesty Ivine Order

In collaboration with Rastas from Bobo Shanti, and Twelve Tribes of Israel and with Rastas who are not from any Mansion of Rastafari.

8 replies on “Let the Rastaman practice I and I livity”