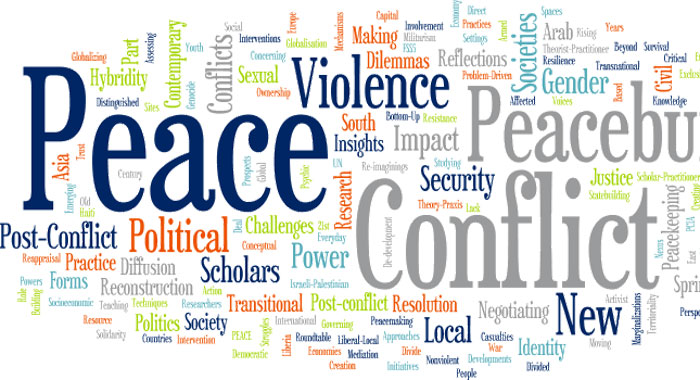 As St. Vincent and the Grenadines (SVG) strives to address the issue of crime and violence, the question is not so much building a culture of peace, says Prime Minister Ralph Gonsalves.

“I have no doubt that such a culture exists in our country. It is to build it further,” he told the opening on Wednesday, in Kingstown, of the two-day “National Conversation on Crime and Violence”, organised by the SVG Christian Council.

“The issue to broaden, deepen, consolidate and strengthen the culture of peace that already exists and to ensure that the rupturing of this culture by violent murders or other forms of violence is reduced to the most minimal extent possible or tolerable in a civilised society. Currently, the extent of this rupture is unacceptable and intolerable,” Gonsalves said.

He said the overall strategic response to the problem of crime is to connect to strengthening, maintaining and sustaining the highest practicable levels of social order in a free and democratic society.

What is critical is the question of why are some individuals more likely to commit crimes, the prime minister said, adding that a credible search for an answer to this question requires multi-disciplinary approaches ranging over the field of the social sciences, including psychology, the medical sciences, and, among other disciplines, theology.

“The answer is not easy to locate precisely. A facile answer or answers are likely to lead to programmatic actions, which may prove — there is a high probability that they may prove futile. And believe me, there are many facile theories which abound, some of which are borrowed wholesale without regard to context, comparative or historical analysis.”

Gonsalves said that most serious crimes are committed by young males.

“Persons who turn out to be violent criminals usually do not do well at school. Violent crimes are more commonly committed in urban or urban-connected centres than in rural communities.”

He said that violent criminals hail disproportionately from dysfunctional families and tend to live in marginal economic circumstances. Persons who gravitate to trafficking for supplying narcotics illegally invariably embrace gun violence in support of their illegal activities.

“I believe those things to be true. And if they are, we begin to see the complications. These assertions reflect the condition of human nature, as well as society’s conditioning and influences. I am not of the school who blame crime on everybody else other than the individual who commits it. Because if that were so, we wouldn’t try people for murders, we would try the society. And many persons tend to forget that, sometimes in an interest to score this or that convenient point in accordance with their agenda.

He said that having stated in a summary way how the society might identify certain patterns of criminality, it is also important and obvious to put in the mix the counter balancing assertion, which he said he believes to be true.

“… namely, most young males do not commit serious crimes. … Only a minority of persons who do not do well at school turn to violent crime. Urban youths are overwhelmingly creative and productive and most of them stand askance from crime. … Most persons who live in marginal economic circumstances do not turn to serious crimes for a livelihood. Only a small percentage of economically disadvantaged youth go to the selling of illegal drugs and embrace gun violence. Most persons who grow up in dysfunctional families do not commit violent crime. … And, violent crimes are committed by a tiny minority of persons in the society. … And we do accept that well educated persons from the middle class do commit violent crimes.

“These observations complicate the nature-nurture analysis of criminal behaviour to such an extent that certain professionals tasked with arresting criminal misconduct, insist that the causes of crimes are unique to the particular criminal offenders. Often, they tell you it is down to choice.

“The persons who are in here, the professional counsellors, more likely the prison wardens, people who have to, on an on-going basis, to interface with criminals, will tell you that it is difficult to construct a general theory of crimes, causes of crimes. Of course, some of them would go to the extent to tell you that it is well nigh impossible to define causation of crimes in a general way.”

The prime minister, however, said that the data suggest that general patterns of criminality are observable even though each criminal is different.

He said these and other considerations prompted his government to present to parliament in 2003 a 14-point strategy in addressing crime.

The strategy has been refined over the years and each strategic element has been fleshed out in practical programmatic actions, the prime minister said.

4 replies on “SVG must strengthen culture of peace — PM”