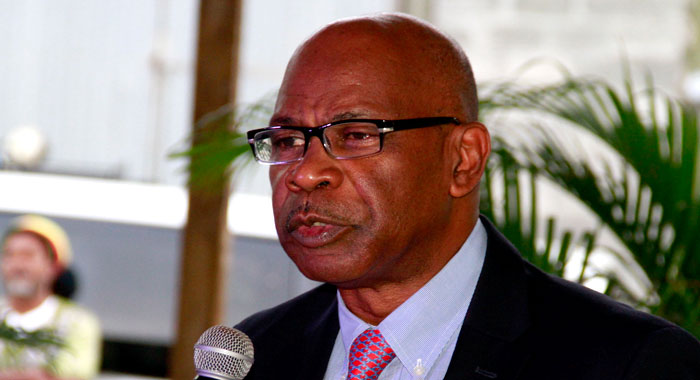 A Vincentian communications consultant has pointed to the benefits that can be derived from agricultural co-operatives, saying that they can help to ensure markets for agricultural produce.

Delivering the feature address at the launch of the St. Vincent and the Grenadines Agri-Business Co-operative Ltd. (SVG ABC) in Yambou on Tuesday, Jerry S. George quoted the stated regret of Julius Kambarage Nyerere, the first president of Tanzania.

“There are some things that I would not do ever again if I had to start over. One of them is the abolition of local government and the other is the abandonment of co-operatives. We were impatient and ignorant. We have those instruments of participation and we got rid of them,” George quoted the African leader as having said.

George said he believes that if Caribbean leaders would be as forthright Nyerere, they too would also recognise that they have made similar mistakes.

He said that sometime recently in Grenada he met a gentleman who had documents that came out of the Grenada revolution.

Among other things, the documents highlighted the number of cooperatives in Grenada during the colonial days.

“In fact, when I checked around, Grenada led in that regard,” George said, adding that it seems that the countries of the region that were so eager to become independent that they didn’t look at the things that made the colonialists have adequate agricultural produce to send off to the motherland however often the boats came.”

George said that while there was an abundance of free or cheap labour in the colonial days, people sometimes think that that is what really made the success of the colonialist agriculture business.

He, however, said it was also the fact that they had a great organisation that revolved around cooperatives.

“They realised that if they were going to send back sufficient stuff, they needed to have a plan and a process by which to do so.  I’m afraid that we didn’t stop long enough to learn that process, adding that this was what Nyerere was speaking about, having regretted moving to centralisation and authoritarian kind of rule.”

George said Nyerere, in his latter days, realised that he had made a huge mistake.

He said that in the case of Grenada, while that country went back to co-operatives, the revolution failed and Grenada was unable to see how it would have panned out.

“I am saying to you that Grenada has so many agri-business products it’s amazing,” George said, adding that he often comments that the business should go back to cooperatives.

“In St. Vincent and the Grenadines, … part of the thing that has happened to us in what we call development is that we have become very selfish.”

He said a cooperative refers to a farm, a business, or other organisation owned and run jointly by its members who share the profits and the benefits.

“Sadly, today, each of us wants to profit on our own so that we can show ourselves on our neighbour that I did it myself, I did it my way.”

George said this is one of the things that are destroying communities and the country.

However, as George called for a move back to cooperatives, he issued “a warning maybe”, saying that too often when people think of cooperatives, they think only of production.

He said cooperatives must refer to marketing, adding that he has seen piles of agricultural produce unable to find market after people were told to plant these produce.

“The trucks, when they came into Kingstown and recognised there was nowhere to send their goods, they dumped them at the side of the road. Why? Because the politicians and the people who told them to plant never did any marketing for them.”

He said marketing is a special skill, adding that the persons with those skills should be marketing the produce.

George said cooperatives could help in zoning the planting of agricultural produce in St. Vincent and the Grenadines.

“What we have now is everybody trying to produce everything everywhere. It doesn’t work that way. And, similarly, when people work together and it is known that there is a certain amount of produce coming to X, Y, and Z, then we could have our marketing,” he said.

George said it is a big mistake to plant then market.

“The people who are marketing have to go out first, ahead of farmers and go to business and people, whether locally or overseas and say, ‘What do you want?’”

He endorsed the co-operative, which is the brainchild of businessman Leon “Bigger Biggs” Samuel.