Here’s a hairstyle to ‘spite’ the court 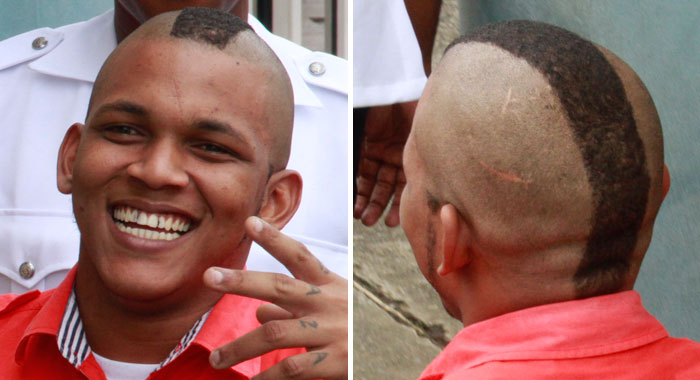 Ever felt like you would rather not have anyone talk to you?

Well, you might want to copy the hairstyle of Tevin Williams, a man facing an attempted murder charge.

Williams, who is on remand in prison, attended the Serious Offences Court for a scheduled hearing on Tuesday with the peculiar hairstyle seen in the photograph above.

“You wanted to take a special hairstyle today?” Chief Magistrate Rechanne Browne-Matthias asked the man, in a light-hearted tone.

She had earlier scolded him for his rowdy behaviour towards a police officer who was performing his duties at the court.

“Ah wah do it wusser (worse). This is ah pretty hairstyle you seeing right now,” Williams said, adding that he had taken the hairstyle “for spite”.

The magistrate told the man that he knows that the word is “worse” and not “wusser”.

She further asked him who he was hoping to “spite” with the hairstyle.

“Next court date ah coming in short pants, barefoot and a vest,” the man said.

Browne-Matthias told him that there is a place that the court usually sends people who behave in that way — an apparent reference to the Mental Health Centre.

Williams complained that the police are keeping him in jail and would not look for the persons he said committed the crime of which he is accused.

His matter was adjourned to May 25.

One reply on “Here’s a hairstyle to ‘spite’ the court”