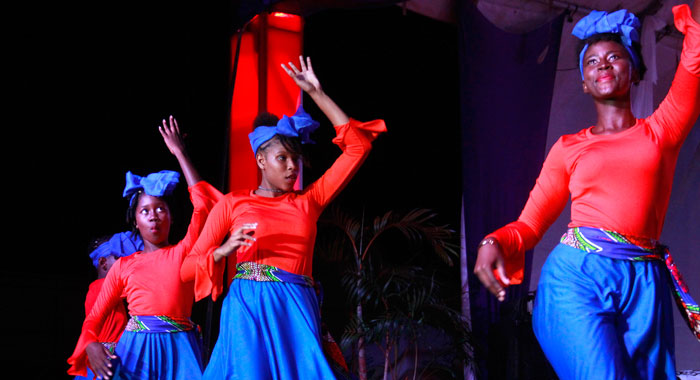 Chair of the National Gospel Fest Committee, Rev. Manson Shortte, has lamented the financial challenges associated with organising the festival every year.

“One thing we need to understand here, because a lot of people don’t understand that those of us who are involved in the planning of Gospel Fest, that each year, it is really an act of faith because we do not have any money at the beginning of every year, but we trust the lord and each year, we come through,” he said at the climax of the 2018 Digicel SVG Gospel Festival at Victoria Park on Sunday as he thanked the sponsor for supporting the festival.

The challenge in financing the festival exists even as the government, through its various agencies, pumps hundreds of thousands of dollars into Vincy Mas, which this year is being launched one week after the climax of Gospel Fest.

“St. Vincent and the Grenadines, Gospel Fest needs you and you need Gospel Fest. So I want as many of you as possible to get involved in this,” Shortte told patrons and media audiences.

He thanked the pastors of the various churches who are involved in the festival annually.

“Continue to support us. Continue to send your singers, your dancers, your poets to Gospel Fest, because it’s a way of getting them to expose their talents.

“And if you have any suggestions, don’t criticise without offering suggestions. We are open to suggestions from you. You can help us to fashion this festival and make it the festival, the true gospel festival in St. Vincent and the Grenadines.”

Gospel Fest is into its 16th year and Shortte said that in the first year, organisers had felt that they could have had a show “with just us”.

“And I hope one day, our performance will be so good that we don’t even need people to come from overseas to make our show what it is. So, again, thank you, all of you, churches, thank you, patrons thank you for coming out to Gospel Fest year after year.”

Shortte, who is into his second year as chair of the National Gospel Fest Committee, said it gives organisers great pleasure to bring together some of the most talented young people in SVG “to perform in the various art forms.

He said that organisers want to develop the festival with special focus on three events, including “Sing A New Song”.

Shortte said that at the “Sing A New Song” event this year, the performances and songs were exceptionally good.

The committee also want to develop the “Band Praise” show.

He said there were seven bands on stage this year, adding that organisers were satisfied that they have a lot to offer the country.

Sunday’s event featured performances in song, dance and drama from some of the most outstanding artistes coming out of the zonal showcases.

The 2018 Digicel SVG Gospel Festival is being celebrated under the theme: “A Glorious Celebration of the Gospel of Jesus Christ”.

4 replies on “Lack of financing for Gospel Fest lamented”