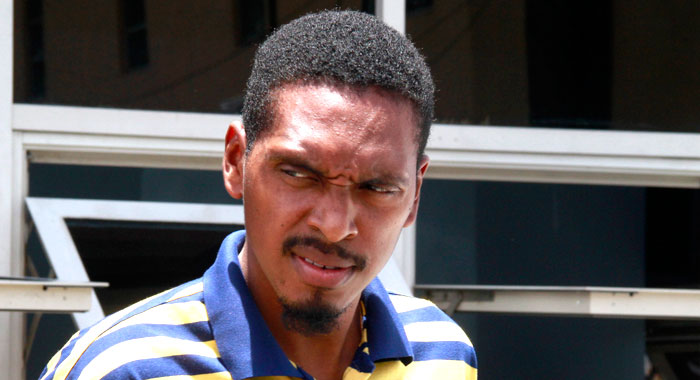 Lorenzo lost his job and the court fined him after he stole sugar from his employers. (iWN photo)

A former worker at Coreas Food Mart was, on Monday, fined for stealing 12 pounds of sugar, value EC$17.90 from the business place on April 27.

Lorenzo Ince, 28, of Sandy Bay, might be hard pressed to pay the fine as he appeared in court after being fired for his infraction.

He pleaded guilty to the charge when he appeared before Senior Magistrate Rickie Burnett at the Kingstown Magistrate’s Court.

The court heard that Karen Browne, another employee, goes to the mini-mart at about 6:50 a.m. to open the business place.

Last Friday, about 6:50 a.m. Browne went to open the supermarket and when she got there, she met Ince standing outside.

Browne opened the door and they both went inside.

She later noticed that a door that is usually kept open was locked.

When Browne was able to open the door, she saw Ince inside the room with his work bag in his hand, and was acting suspiciously.

Browne checked the company’s surveillance camera, which showed that the defendant had placed the sugar in his bag.

The defendant was charged.

The sugar was not retrieved.

Ince told the court that he stole the sugar for his own use because sugar was going scarce.

“That’s a new one,” the magistrate commented and asked Ince if he was not aware that the company has surveillance cameras.

The man said yes and the magistrate said he couldn’t reconcile the fact that most people who are caught stealing say they know that security cameras are in operation at businesses.

“What do you call that?” the magistrate said rhetorically.

Ince told the court that he had been working at the company as a temporary worker for some months and was just made permanent.

He said that he is a father of a 25-month-old child.

Asked what the court should do with him, Ince said he should be allowed to pay for the items.

“I am not into that. That is no punishment at all. What sense would that make? You go into the supermarket, steal the items and the court should let you pay for them?

“Man, have a seat until I finish here,” the magistrate said.

After disposing of a number of other matters, the magistrate ordered Ince to pay EC$250 by June 29 or spend two months in jail.