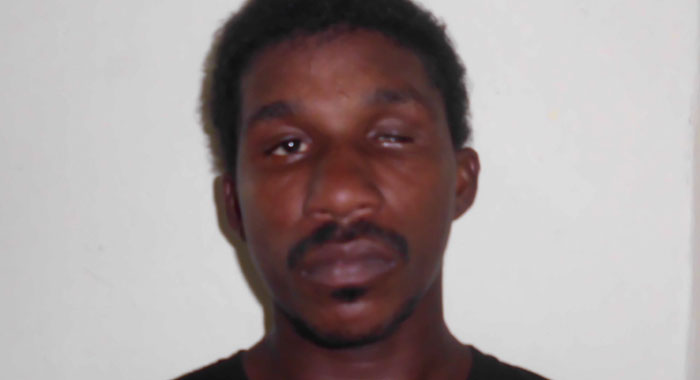 Simeon Gabo Francois is wanted as part of an abduction/sexual assault investigation.

Police have issued a wanted bulletin for a man as part of their investigations into a report of “abduction/attempt rape/indecent assault and assault [occasioning] bodily harm”.

Police said on Monday that Simeon “Gabo” Francois, 33, of Petit Bordel is wanted as part of this investigation.

They say that Francois, a Vincentian, is to be approached with caution as he is considered to be armed and dangerous.

Francois, a farmer, is about 5 feet 3 inches tall and is of light brown complexion.

He is slim, has a broad face, thin lips, and brown eyes.

The man has a scar to his left eye and tattoos about his body.

Police did not detail the incident that they are investigating.

However, speculations are rife that their investigation could be in relation to the reported abduction and alleged rape of a 10-year-old girl in Petit Bordel last Wednesday night.

The little girl had gone to a shop close to her house and her relatives became concerned after she did not return in a reasonable time.

Villagers mounted a search party and the girl was found around 9 p.m. near a waterfall in a remote part of the North Leeward community.

Police are asking for the assistance of the public in locating Francois.

Police say that all calls will be treated confidentially.