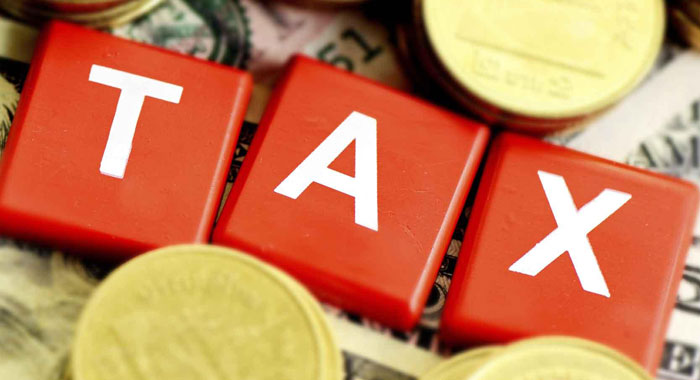 The St. Vincent and the Grenadines Hotel and Tourism Association in February wrote to Minister of Finance Camillo Gonsalves expressing concern about the Climate Resilience Levy, which would be passed into law on May 3.

However, notwithstanding the group’s concerns about the potential negative impact of imposing a tax of US$3 per night on land-based visitor accommodation, the government went ahead and passed the levy into law and has set June 1 as the date when it takes effect.

The government says that the money generated by the levy would help the country respond more swiftly to climate change-related events and their impact on public infrastructure and the natural environment.

However, in the Feb. 15 letter to the finance minister, head of the SVG Hotel and Tourism Association, Fitzroy O. Glasgow asked the government to reconsider the tax or to delay its implementation until January 2019.

In making his organisation’s case, Glasgow noted that during the budget consultation, tourism stakeholders had expressed concern about the implementation of the tax in the middle of the year “after our rooms rates have been published, rooms pre-booked and new deals negotiated with our partners in various marketplaces”.

In the letter, which was copied to Minister of Tourism Cecil “Ces” McKie and Chief Executive Officer of the Tourism Authority, Glen Beache, Glasgow that the SVG visitor accommodation sector experienced in 2017 a lower occupancy level than in 2016.

“For a destination that struggles each year to achieve a national occupancy level of 50%, this is extremely disturbing,” he said of the tax.

“Additionally, this sector has been investing monies in upgrading individual establishments in order to fully comply with the recently introduced Tourism Standards,” he said.

Glasgow said that while tourism stakeholders acknowledge that the completion of the Argyle International Airport — which began operating on Feb. 14, 2017 — is an extremely welcomed development, “at the same time, we recognise that the full positive effects of this development will take some time to be fully realised.”

He said part of this is due to the absence of critical mass in visitor accommodation, which commercial airlines see as a critical component in determining whether to serve a destination with scheduled flights.

“We once again take this opportunity to request your kind assistance in accessing affordable and creative funding for local visitor accommodation establishment to upgrade and expand thereby joining in the national effort to increase our room stock.”

“The imposition of this tax on visitors in land-based accommodation only is likely to result in this destination becoming even more uncompetitive that it already is.”

Glasgow said that tourism stakeholders understand the need to be able to respond quickly and more effectively to the impact of climate change.

He, however, said that his organisation believes that “the introduction of this Climate Resilience Levy has the potential to have a debilitating effect on the local tourism sector is impose as planned on May 1st, 2018.

“We believe further that the industry as a whole needs some time to recover from a weak performance last year, and urge the government to reconsider its decision on this tax or delay its implantation until January 2019,” Glasgow said.

During the debate on the levy, opposition Members of Parliament expressed concern about the potential impact of the levy on the tourism sector.

However, Gonsalves did not share the opposition lawmakers’ concerns.

“I don’t believe so and I think that that is overstating the impact of the US$3,” he said.

The minister quoted the average rates at some hotels in SVG and put the levy in context relative to the rates.

“You are talking about 1 to 2 per cent. You’re talking about somebody coming to spend at Grenadine House $150 a night and you are telling them that for the environment you have to pay $153, not $150. That’s going to thwart tourism in St. Vincent and the Grenadines?” he said in response to opposition concerns.

Before the bill was passed, Parliament changed from the first 45 to the first 30, the number of days for which a relevant visitor would pay the tax.