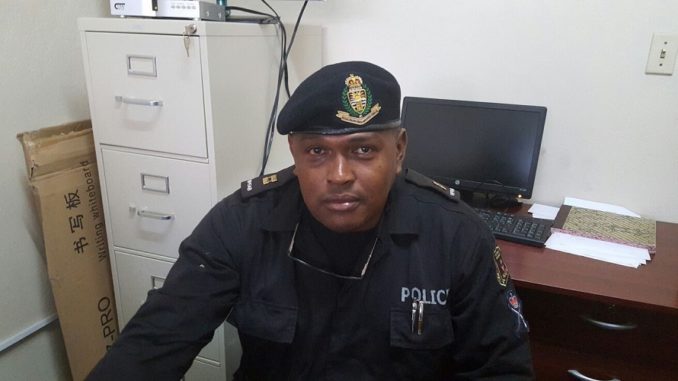 A Vincentian police officer in Antigua and Barbuda and his mother have been charged with multiple counts of fraud in connection with the passport scandal that began in St. Vincent in April.

Assistant Superintendent of Police Ray John, 47, and his Vincentian mother, Yvonne Nickie, 63, were each granted $50,000 bail on Tuesday and ordered to return to court on July 11.

John, who has been on suspension since April 13, and his mother, were each ordered to post EC$10,000 of their bail in cash and provide two Antiguan sureties.

They have also been ordered to report to police everyday until the matter is disposed of and the court had confiscated their travel document.

The two face five joint counts of conspiracy to forge Antigua and Barbuda passports and John is charged separately with two counts of larceny.

All of the offences were allegedly committed between January and March this year.

Around mid-April, the police pulled Nickie from a flight that was set to depart Antigua, just days after lawmen searched her son’s home in her presence and confiscated a number of items as evidence.

During that search, John and his mother, who was in Antigua visiting him, were allegedly advised they would be required to give statements to the police at a later date.

Nickie, nonetheless, later proceeded with her plans to return to her native land, St. Vincent, and that’s when she was stopped at the V.C. Bird International Airport and taken to Police Headquarters for questioning, the Antigua Observer has reported.

The investigation began after police in St. Vincent and the Grenadines in early April intercepted a man with five bio pages of Antigua and Barbuda passports among other items, including a large quantity of cash.

Three detectives from SVG, including an assistant superintendent of police, were dispatched to Antigua to assist police there with the investigations.

One reply on “Vincentian cop, his mom charged in Antigua passport scandal”