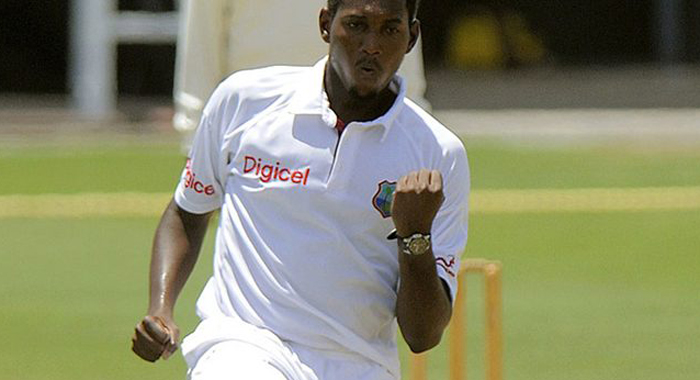 Johnson was elevated to the post after serving as deputy in 2017, when Sunil Ambris captained the team to the championship in the same tournament.

His promotion follows Ambris’s absence, as he prepares to play against a touring Sri Lankan team for a Windies selected side.

The skillful left-arm seamer, who has 132 first-class wickets at 24.53 and 49 List A wickets at 26.10, indicated his excitement at the opportunity to lead his national team.

“It is a great opportunity and I look forward to the partnership with Keron Cottoy as the vice-captain, who is a personal longtime friend of mine,” Johnson said.

He further expressed his confidence in the team. “We have some exciting players, including new fast bowler Darius Martin, who is learning quite quickly, and the rest of the guys are ready to play good competitive cricket as a unit,” the tall fast bowler said.

Cottoy is one of the senior players who are expected to lend support to Johnson. The new vice captain returned to competitive cricket earlier this year, following a two-year injury-absence.

He represented Combined Campuses and Colleges (CCC) in the Regional Super 50 tournament 2018 and currently is a cricket scholar at the Cave Hill campus, University of West Indies, pursuing a masters degree in sports science.

The team also include the experienced Donwell Hector and Alston Bobb, both of whom have played first-class cricket and are expected to comprise the leadership core on tour.

Chairman Wilkinson echoed much enthusiasm about the prospect of defending the title with the team selected.

“I am really confident that the guys will perform well, and once they execute their potential, then there is no reason why they cannot retain the championship,” Wilkinson said.

On the introduction of the fitness policy, he shared the observation that “it was truly a test for the selection panel, coaches, and executive members, to ensure that we get this right even in our first year, and I am pleased with the outcome, in that we have players who now have more appreciation for their own fitness and eventually, I am sure we will have more consistent performances from our players,” explained Wilkinson, who is also a Windward Islands selector.

The tournament will be hosted by St. Lucia from May 25 – 31. This year format will be 50 overs. The fixtures will be a round robin stage, then 3rd place and finals.

2 replies on “Johnson to lead SVG to defend Windwards championship”