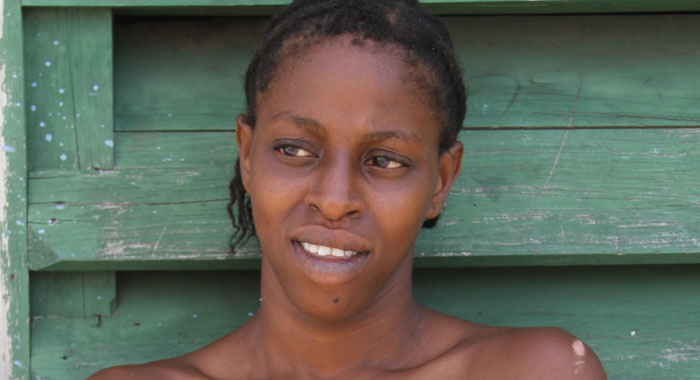 The Petit Bordel woman accused of inflicting a savage cutlass chop to her god-daughter’s left arm is due for bail review today (Friday).

She is charged with maliciously wounding Teresha Edwards, 20, also of Petit Bordel, in the North Leeward village on May 14.

Senior Prosecutor Adolphus Delplesche had objected to the woman’s bail, noting that the virtual complainant was still in hospital and was slated to undergo another surgery.

Edwards has undergone what has been described as a successful surgical intervention and has since been discharged from hospital.

She told iWitness News on Thursday that she has more than 70 stitches to her arm and has limited mobility in her fingers.

The unemployed mother has a cast and a bandage from her elbow to hand.

In one of two videos that surfaced last week, Edwards was attacked while holding her 1-year-old child in her arms by a woman who attempted to hit her with a large stone in her head while collaring her with one hand.

In another video, a woman looking exactly like the woman in the other video, chops Edwards on the arm after a scuffle between the attacker and another woman, who had, at one point, relieved the attacker of the cutlass.