Opposition MPs untouchable after refusing to sign declaration of Qualification 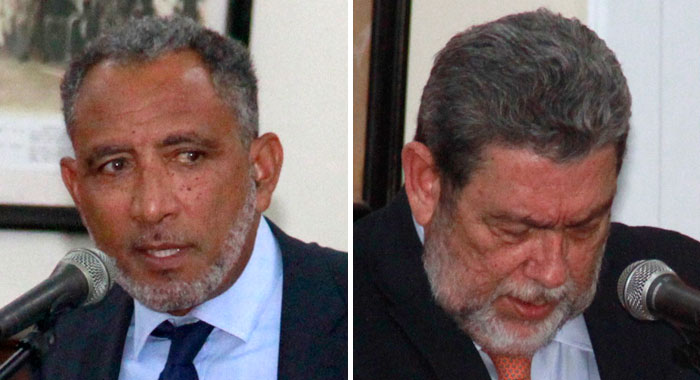 Prime Minister Ralph Gonsalves on Thursday found himself and other government lawmakers powerless to compel opposition parliamentary representatives to sign a declaration of qualification to sit in the Vincentian Parliament.

Gonsalves had noted on May 3 that the declaration was one of two requirements under the Representation of the People Act (RPA), the other being the Oath of Allegiance.

He, whoever, said that since he became an MP in 1994, representatives have never signed the Declaration of Qualification.

The prime minister asked that this be done at the next meeting of Parliament on May 24.

Political observers have speculated that the prime minister’s move was part of a plan to build a political or legal case against Friday being an MP because he also holds Canadian citizenship.

The opposition leader, who was born in SVG, had been a Canadian citizen for at least 15 years when he first became elected to the SVG Parliament in March 2001.

During Thursday’s meeting of Parliament, the prime minister was the first parliamentary representative on the government side to “… solemnly declare that I am truly and bona fide qualified to be elected a member of the house of Assembly of St. Vincent and the Grenadines according to the true intent and meaning of the Representation of the People Act and the rules and regulations made thereunder”.

However, when the Clerk of the House of Assembly called the opposition leader to make the declaration, he told the house that he and the other opposition lawmakers would not be doing so.

Friday quoted Section 62 of the RPA, which demands the declaration.

The section says, “Every person elected as a Member of the House of Assembly shall, before sitting or voting therein, make the declaration of qualification in Form A and take and sign the Oath of Allegiance in Form B.”

Friday told parliament that the requirement of the law is that the declaration be done before an elected preventative sits and votes in the house.

“That is something that has been overlooked, obviously, with no great violence to the tradition and law-making powers of the house,” the opposition leader said.

“I have no doubt, Mr. Speaker, that I am qualified to sit as a member. We had to do that declaration when we put ourselves up as candidates and the members on this side of this house.”

Friday said he wished to avoid compounding the problem of having disregarded the legislation “to now say that we have a discretion to now reinterpret it in a way that means that not that it shall be before voting and sitting in the house but whenever we remember, we should make the declaration. To me, that compounds the problem.”

Friday said that he thinks the proper thing to do is to apply the law as it is intended, which is to say that members make the declaration after the next general elections.

He said making the declaration at this point “does not solve the problem, it does not make us comply”.

The fact that government MPs had made the declaration on Thursday is “moot, because it does not comply with the law; it is extrajudicial…” Friday said.

“And we shouldn’t have the discretion in this house, as legislators and for me, as a lawyer, to, essentially re-read the legislation when it suits our purpose to be in compliance with something that we hadn’t done. That requires legislative amendment or it requires that we wait until the appropriate time for us to sign this declaration.”

Friday said he wishes to be in compliance with the RPA and the procedure of the house, but said the problem cannot be fixed “ by simply, retroactively, doing something that the law says should be done … before…

“We shouldn’t do that in this house because this is where we make the laws. So, Mr. Speaker, I don’t see any point in me signing the declaration, because it has no force and effect because it has not been done in accordance with the law.”

‘a peculiar choice of verb’

In response, the prime minister said that the opposition leader has made “a peculiar choice of verb” when he said what was being done was compounding the problem

He said he disagreed “profoundly” with Friday on the matter

“We would be compounding the problem if it, having been drawn to the attention of the house, we neglect to do something about it,” the prime minister said, adding that an act can be compounded by omission or commission.

“It is the Honourable Leader of the Opposition who is compounding the problem by an act of omission.”

Using an example, the prime minister said that when he was in opposition, the Estimates and Appropriation bills (budget) used to be brought to parliament on the same day.

He said that he pointed out then that the law says that the Budget must be brought after Parliament approves the Estimates.

“Gonsalves said he called this to the attention of the then prime minister, Sir James Mitchell, who, agreed that the Estimates should be approved before the budget is brought to parliament.

He, however, said that Sir James inquired about what should be done and he (Gonsalves) said it couldn’t be changed then and it should be dealt with the following year.

“In this case, this is a simple declaration where we are complying with the provision of the Representation of the People Act,” Gonsalves said.

No penalty for disobedience

The prime minister further noted that the RPA does not list any penalties for not making the declaration.

“All it says is that we must do it. It doesn’t impose a criminal penalty. I’ve looked at the law, but it is something, as lawmakers, if it says we should do it, we should do it,” he said, adding that the declaration ought to have been made before.

“That doesn’t mean that you can’t do it now and that you shouldn’t do it now, because it says so,” the prime minister said.

He said he knows that the opposition leader is probably taking a position on the matter in the context of the debate as to whether he (opposition leader) is qualified to sit in Parliament because he is also a Canadian citizen.

Gonsalves, however, said he has not pronounced on that matter beyond saying that if one wants to be prime minister or even opposition leader they should have an undivided loyalty.

However, in response, the opposition leader said he does not treat the matter lightly.

Friday noted that he did not raise the issue of citizenship, adding that Gonsalves does not have to guess about his (Friday’s) objection.

“I stated that and he does not have to speak for me. I can speak for myself as to what my objections are. What I said has to do with the plain letter of the law.”

Friday said that the example that the prime minister made about the budget was making his (Friday’s) argument, “which is to say, at the next appropriate time…”

“The next appropriate time to correct this is after the next election. And if the prime minister doesn’t want to wait three and a half years to do it, he can call election now,” Friday said.

“Irrespective of what kind of political hay you want to make of it, I will not be somebody who says in this parliament that the law is a matter of convenience, when we remember something we can fix it, that it is in our discretion to change the law in the parliament — the law that we make. It is not a light matter,” the opposition leader said.