Cummings wants to clear his name in decade-old lawsuit 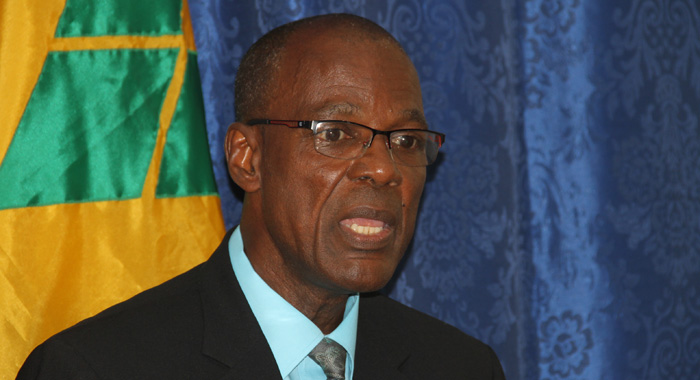 Member of Parliament for West Kingstown, Daniel Cummings, says he needs to clear his name against a decade-old allegation that he defamed Prime Minister Ralph Gonsalves.

The prime minister had brought a defamation suit asking the court to command Cummings to pay him EC$200,000 in damages for statements Cummings allegedly made about the financing of overseas trips for the prime minister’s wife and children.

However, Gonsalves told Parliament in January 2012 that he would not proceed with the case, along with another in which he had received a defamation judgement against then Opposition Leader Arnhim Eustace.

While Cummings, through his lawyer, had said he has no objections to having the case withdrawn, Eustace rejected the offer, saying he could not accept while his friends and allies were still subject to litigation by Gonsalves.

Speaking to iWitness News on Sunday, Cummings said he has attended court 12 times in connection with the matter and the prime minister never did.

He said the case came up for hearing within months of being filed, noting that a case he has filed against the government is in abeyance since being lodged in 2013.

“When we submitted all of our evidence, the matter just went dead,” Cummings said of the defamation lawsuit the prime minister brought against him.

“In fact, I asked the registrar to tell me what — because they accused and put my name out saying I am slandering people, when I presented the facts.

“When we presented the facts and all our documents, the matter cannot go anywhere. It is in abeyance all this time, but I need to have my name cleared.

“He (Gonsalves) accused me of slandering him. I spoke the facts. I spoke the absolute truth and the facts, so that is not slander. So when I presented them with the evidence, the case is just in abeyance. That’s not justice,” Cummings said.

In a Dec. 5 2011 affidavit, obtained by iWitness News, Cummings said that if judgement was executed against him, he stood to be declared bankrupt and hence barred from being a parliamentarian, in keeping with the Constitution.

Master Cheryl Mathurin had ruled on June 15, 2007, that the words Gonsalves complained of were capable of being defamatory in certain respects.

Gonsalves had not relied on innuendo but the ordinary and natural meaning of the words and would not be allowed to tender extrinsic facts in support of a defamatory meaning nor would he be able to ask others what they understood the words to mean, the judge further said in her ruling, according to Cummings’ affidavit.

The affidavit further said that at 2:30 p.m. on April 16, 2008, Gonsalves’ lawyer filed a “Request for Entry of Judgement in Default”.

The Registrar entered a “judgement in default of defence” and filed this at 3 p.m. on the same day.

“The said ‘default judgement’ states that ‘No defence having been filed by the Defendant herein, it is this day adjudged that the Defendant do pay an amount to be decided by the Court on assessment pursuant of Part 12.10 (1)’,” Cummings wrote in his affidavit.