Resident unnerved by ‘spate of shootings’ in Layou 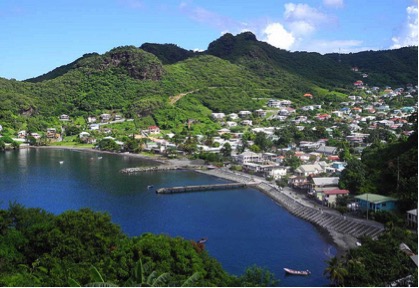 A resident of Layou is expressing concern over what he described as “a spate of shootings in my once peaceful community of Layou.”

“I feel something bad is brewing in my home [town] of Layou that will eventually result in death because I don’t feel these shootings are mere coincidence,” he told iWitness News.

The most recent of the shootings took place around 9:35 p.m. in what police say was reported as a robbery.

According to reports, Ken “Stranger” Cain, 32, a chauffeur of Layou had just finished working and was on his way home when an unknown gunman came up behind him and pointed a gun at his neck.

The gunman turned out Cain’s pockets and relieved him of EC$410 in cash.

Cain, who reportedly began fighting with the gunman, was shot at the left side of his head.

He was rushed to the Milton Cato Memorial Hospital and his condition is listed as stable, police said.

The resident who contacted iWitness News, however noted that Monday’s is the fourth shooting in Betromy, Layou since March 14.

They were treated at the MCMH and later released.

Since then, two other residents of the town have been shot.

“All these shootings, coincidentally, occurred in the same area of Betromy,” the resident said.

One reply on “Resident unnerved by ‘spate of shootings’ in Layou”