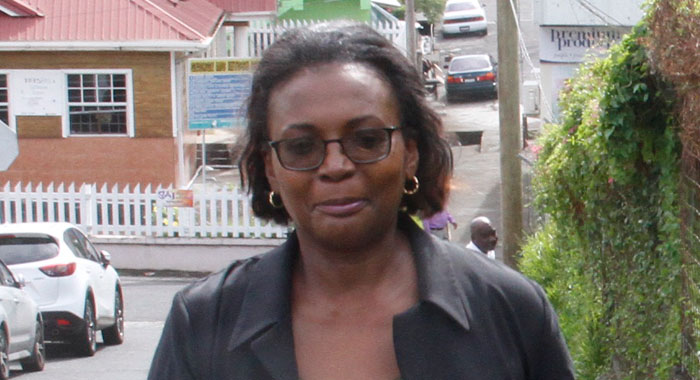 Dr. Karen Providence has been ordered to appear before the Kingstown Magistrate’s Court to explain the non-presentation of psychiatric reports to the court. (iWN file photo)

Senior Magistrate Rickie Burnett has ordered a mental health professional to appear before him and explain why psychiatric reports on three accused persons are still pending, weeks after they were due.

On Monday, Burnett issued a summons, ordering Dr. Karen Providence to appear before at the Kingstown Magistrate’s Courton Tuesday to explain.

The magistrate issued the order after the prosecution applied for adjournment in three cases because the court was yet to receive the psychiatric reports.

One of the defendants was sent for evaluation on April 9, another on April 30, and the third on May 2.

“Well, that can’t be right at all in any civilised society like the one we live in,” the magistrate said, after Prosecutor Police Constable Corlene Samuel had asked for an adjournment in the first case – in which the court-ordered hospitalisation at the Mental Health Centre began on April 9.

Burnett said the last psychiatrist he knew to have been working at the facility was “Dr. Belle”.

In March 2017, the Ministry of Health announced an arrangement with Dr. Ermine Belle of Barbados, ending a four-year stretch in which St. Vincent and the Grenadines was without the services of a psychiatrist.

The arrangement, which has since ended, saw Belle providing her services in St. Vincent and the Grenadines five days per month.

The defendant in the first case, on Tuesday, told the court that he had seen a female doctor at the psychiatric hospital, who had prescribed medication to him.

The accused man told the court that this does not mean that he is crazy.

The magistrate said he was concerned that, up to that point, there was no psychiatric report and the defendant was still at MHC.

He further said that he was assuming that there is a doctor assigned to the psychiatric hospital.

Samuel told the magistrate the prosecution had been contacting the MHC and had been told that the report was not ready.

“I am going to order the doctor, whoever she is, to come to court and explain. How can you have a man at the Mental Health Centre since April 4 and no report?” Burnett said.

The magistrate said he would summon Dr. Providence, Dr. Belle, or whomever to appear to before him on Tuesday to explain the situation.

At this point, the prosecutor rose and told the court that she had just received information that the accused man had run away from the MHC.

She said he was returned to the mental hospital over a week ago and that was the reason why the report was not ready.

Samuel, however, said she was not sure how long the man had been away from the facility before he was apprehended and returned.

Burnett, however, said he was still going to order the doctor to appear before him and give an explanation.

“I might learn a few things — about security as well,” the magistrate said.

At this point, he said he would need a name to appear on the summons, adding that he would summon Providence.

“She is the person I know. When she comes, she can say whether she is the right person,” Burnett said.

He told the prosecutor to brief Providence so that she could come prepared to enlighten the court.

In another case, the court was still awaiting a report on another accused man who had been sent for psychiatric evaluation on April 30.

“The whole of May and half of June; this can’t be allowed to continue,” the magistrate said, referring to the amount of time that the accused man had spent at the psychiatric hospital without a report being submitted to the court.

The defendant in that matter told the court that he has been at the MHC since his court-ordered hospitalisation.

Asked to comment on the matter, counsel Roderick Jones, who was in court on another matter, noted that the magistrate still has discretion that he can use.

Jones said that court orders are time-sensitive, adding that after that time has expired, it is up to the court to exercise its discretion.

The magistrate, in response, noted that he can send the defendant home, but also noted that there is a complainant in the matter who wants his day in court.

He further said he needed to know what is the psychiatric defendant’s state before making a decision.

Jones, noted, however, that someone should not be deprived of their liberty because someone in the state machinery failed to do their job.

Burnett said he believes that matters like those have to be raised with the acting Director of Public Prosecution, saying it could probably be dealt with there.

But Samuel said that this is a grievance that the prosecution has and said that since the order for a psychiatric evaluation and report was issued by the court, it could probably be dealt with at that level.

All three accused persons were ordered to return to court on Tuesday.