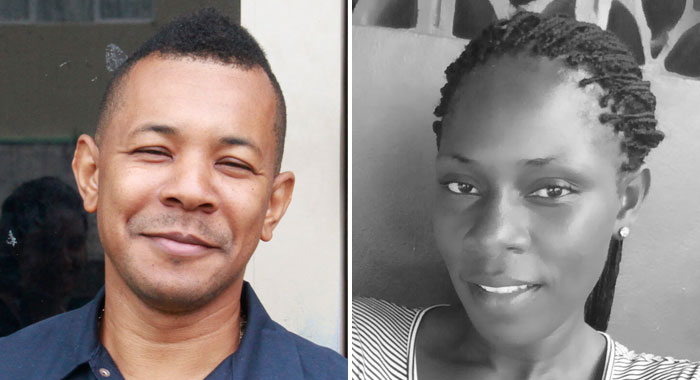 A journalist on Monday told the Kingstown Magistrate’s Court that he told a woman who had threatened to stab him if she had a knife that he holds a licensed firearm and would use it on her.

Lyf Compton, senior reporter at Searchlight newspaper, gave the warning to Shanet Williams, of Layou in Kingstown, around about 1:30 p.m. on Oct. 20, 2017.

Williams is being tried on a threatening language charge, having allegedly told Compton on the same day, “Wait ’til Coco come out. Yo’ go see. Ah go mek he kill yo.”

Compton, of Gibson Corner, told the court that on Oct. 19, 2017, he and other journalists were outside the Serious Offences Court in Kingstown waiting to take photographs of Colin David and other persons arraigned on an attempted murder charge.

The journalist said that when David, whom he also knows as “Coco”, exited the court building, he (David) threatened to spit on him (Compton), but a police officer stopped him from doing so.

Compton, a journalist at Searchlight newspaper, said that the following day, he was standing under the gallery of the Building and Loan Association building on White Chapel Road, Kingstown, about 1:30 p.m.

He said that while there, he saw Williams walk by.

Compton said he knew “for a fact” that Williams and David were in a relationship at the time, but later said, during cross-examination, that he could not prove this.

The journalist said that Williams was visibly upset and began cursing him, telling him he was wrong to photograph David.

Compton said he told Williams that he was only doing his job.

He said that Williams, whom he described as “very aggressive and loud” at the time, then told him that she would make Coco kill him.

Compton told the court that David is the only person he knows by the alias Coco.

David, in April, began a five-year jail term for possession of a firearm, two magazines, and 36 rounds of ammunition in Kingstown on May 5, 2017.

Compton said there was a further exchange of words between him and Williams and then they parted ways.

He said he went to the Central Police Station a few minutes later and reported the threat.

The journalist told the court that knowing the kind of person that David is, Williams’ words were “upsetting and made me feel scared”.

He told the court that Williams had a bag slung across her body and told him that if she had a knife she would have stabbed him.

Compton said that the fact that the woman had a bag while making the threat was “troubling” to him.

During cross-examination by defence counsel Roderick Jones, Compton said it was “absolutely not true” that he initiated conversation with Williams.

“No truth to that, whatsoever,” the journalist maintained.

He said he was “more scared than angry” during the encounter with Williams.

Compton said that he could remember some of the things he told the woman, but said he could not recall telling her, “Yo’ feel is your man alone could shoot people.”

He admitted telling the woman that he has a licensed firearm.

He said he did this “so she can stay away from me”.

Compton said that David is the only person he knows who goes by the alias Coco and that he has followed David’s “progression”.

“Being in this profession and following Colin’s progression, he is capable of anything,” Compton said in response to a slew of questions about the extent to which someone might be able to influence the actions of another.

Compton further said that Williams is still going around telling people that David is very angry that he reported the matter involving Williams and that it is now before the court.

The journalist further said that he could bring persons to testify to this.

Senior Magistrate Rickie Burnett will rule on Tuesday on whether the trial should continue in light of an admission by the police that they did not interview Williams as part of their investigation, as is the norm.