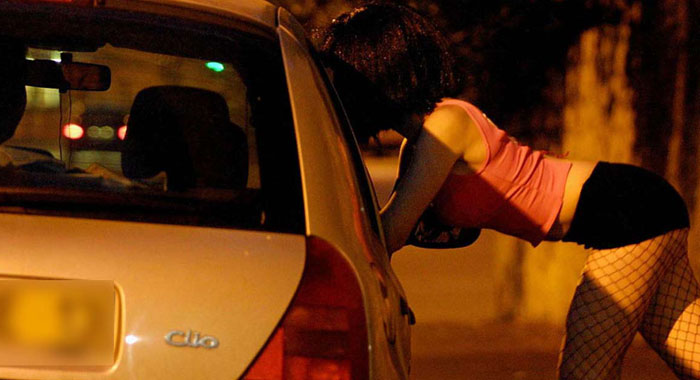 As the political parties, trade unions, commentators, and potential entrepreneurs of St. Vincent and the Grenadines (SVG) appear to be bankrupt of ideas to develop the nation, allow me to suggest some radically-immoral ideas that might work.

It appears that prostitution is already widespread in SVG. In fact, there are stories attesting to the selling of sex by members of all segments of the society — from school children to housewives. But because the trade is illegal, prostitutes are underpaid and fearful of demanding a good price for their services. Here is how a legalised sex-industry could work:

There is already a good chance that marijuana would be soon legalised for medical uses in SVG. Although I do not support that movement because of the implications for exploitation by foreigners and powerful politicians, and potential harmful psychological effects, I accept that it is a foregone conclusion that it would happen. So how should we exploit marijuana in the interest of the nation?

Our existing national tourism plan appears to be tailored toward a most rudimentary and simplistic approach to the industry. We have built an airport, sold off properties to foreign investors, engaged in specious hotel developments, and hope that tourist will come. Much more is needed.

In addition to cleaning up the nation’s streets, beaches, buildings, roads, etc., real efforts must be invested into creating new attractions to lure tourists to the country. Some commentators on this site have already posted some of the major shortcomings of our approach and continue to grieve about these problems. However, it appears that the people with pthe ower to make changes are deaf and blind. They cannot see the need to go beyond the initial step of constructing a marina, hotel, road or other facility. In fact, we have a bad habit of constructing infrastructure with much fanfare and then go away leaving them to deteriorate.

We should consider developing some un-inhabited small islands in the Grenadines for gambling, prostitution, and nude beaches. But in the planning process, accessibility, utilities (water, electricity, and waste management), and local control/investment must be seriously pursued. It is not enough to bring in foreign investors who would only employ our people as maids, guards, and cooks—not that I have anything against such jobs. Only through local ownership can we expect significant and effective national wealth creation from targeted economic development initiatives. So, am I suggesting that we turn our Grenadines into Sodom and Gomorrah? Well, …

So, we have some nice prisons in SVG — if a prison could be considered nice. The government is proud of its prisons. But crime is rampant, the rate of recidivism is great, and the cost of incarceration robs us of monies that can be used in establishing a national university, maintaining our roads, pay our foreign debts, etc. One way to punish and rehabilitate offenders is to put them to work on very restrictive chain gangs.

Prisoners should clear crown lands for food production, work on cthe onstruction of feeder roads in the interior, dig tunnels to connect the windward and leeward coasts, clean the roads, beaches, and ports; paint and maintain government buildings/equipment, etc. Keep them busy and tired throughout the week, mandate 5 hours of schoolwork on Saturdays, and reserve Sundays for religious worship, rest and a big meal. Prisoners who show promise would be channelled into programmes where they can earn professional certification (building trades, healthcare, IT, transportation, agriculture, etc.) And those who comply would have their sentences commuted.

As we consider ourselves a “Christian nation” with a “loving and moral” conscience, the ideas set forth above could be rather shocking, regressive, immoral, and downright ridiculous for a modern society. Some might say that Vinci Vin is a hard-hearted devil with too much time on his hands. Yet open-minded persons might realise that our nation has sunken to its lowest level in terms of economic activities and must be shocked out of its economic stupor.

Despite their otherwise negative impacts, legalising prostitution, marijuana, gambling, and nude/LGBT beaches could provide an influx of tourists to increase the revenues of the Argyle Airport, provide jobs, and distinguish SVG from other tourism destinations in the eastern Caribbean. Reforming prisons through use of the chain gang and other harsh methods could reduce the nation’s financial stress, reduce the number of incarcerated persons, rehabilitate offenders, and reduce the overall rate of crime in SVG. And, if developed and executed with vision and efficiency these ideas could reap wealth for the nation.

So, what do you think? Should Vinci Vin be sent to the mental asylum for an evaluation? Has he lost his moral compass and sense of reasoning? Be kind!

40 replies on “‘Immoral’ ideas for economic development in SVG”