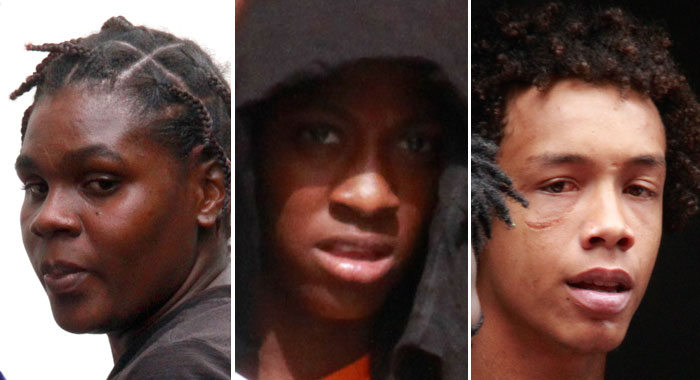 Two women are among eight persons charged with the burglary and arson of a shop in Barrouallie last month.

They were charged that between June 23 and 24 at Barrouallie, they damaged Rawle Francis’ property by fire, resulting in EC$115,000 in damage.

They were also charged with stealing a weed eater, groceries and cosmetics valued EC$7,000 and US$700.

The accused were not required to plead to the indictable charges and were each granted EC$25,000 bail with one surety.

They were further ordered to report to the Barrouallie Police Station on Mondays and Fridays between 8 a.m. and 8 p.m.

The accused reappeared at the Serious Offences Court in Kingstown on Monday, where a preliminary inquiry was set for Oct. 9, 2018.

On Monday, that court issued and subsequently recalled a bench warrant and surety summons for Julius Gloster, who had failed to turn up to court when the matter was called.

Gloster later told the court that he had arrived late because of an incident involving the van in which he was travelling to Kingstown.

Also, on Monday, Patterson remained in custody even as her boyfriend, Anderson had also secured a surety for his bail bond.

One reply on “2 women, 6 men charged with burglary, burning of shop”