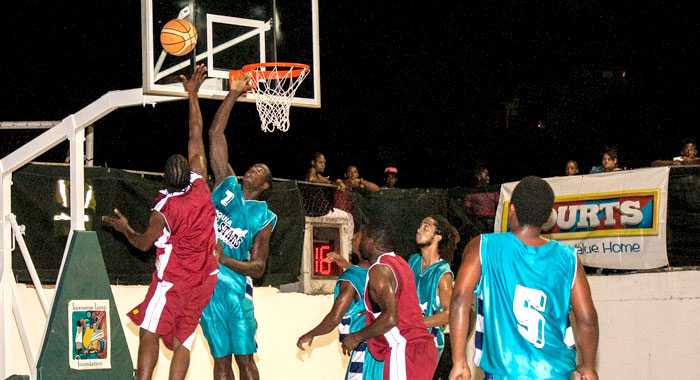 The Bequia Basketball Vita Malt 20th Anniversary Tournament is all set to open today (Saturday) at 6 p.m. at the Clive Tannis Hard Court in Port Elizabeth.

Fifteen teams in three divisions are registered to compete in this event, the 20th consecutive summer of basketball on the island of Bequia, which began in 1999 with only four teams.

St. Vincent Brewery, under the brand Vita Malt, will once again support the young basketball players of Bequia, committing to title sponsorship.

The opening ceremony and march-past of teams will take place at 6 p.m., followed by various guest speaker addresses and two games.

The first game will be the 2017 finalists in the youth division, the U16, Dragons vs Hawks at 7 p.m., followed by an exhibition game of the Bequia United Team vs the visiting Arnos Vale Heat Seekers 1 at 9:30 p.m.

Games will be played every Saturday, Sunday, Wednesday and Fridays from July 14, and the second round of competition beginning Aug. 25. The tournament concludes on Sept. 2 with the finals and trophy presentation. The registered teams in the seven-week-long competition are:

President of the Association, Sabrina Mitchell, who is also Secretary General of the Caribbean Confederation, SVG’s Sports Ambassador, and Fiba Americas Board Member, said the association has just invested in two high quality basketball breakaway rims and made upgrades to the Gared Backstops with glass backboards.

Despite the challenges faced with an outdoor court, after 20 years, the Bequia Association continues to maintain a high standard of basketball in SVG, with state of the art electronic equipment, including 24 second shot clocks, and a strong commitment to the feeder division, the U16 teams and to ensuring that this competition takes place every year.

2018 will see the addition of another youth team, the Golden Knights, bringing to seven the number of teams in the youth division and the number of children competing in that division to 72, thereby ensuring the sustainability of the game on the island.

Bequia is the winner of the Secondary School Championships, with both Bequia high school teams in the finals of that national competition.

During the tournament, the Hope & Hope team out of North Carolina, United States will make two appearances, playing exhibition games on Aug. 9 and Aug. 11. The Bequia High Schools will also get a chance for a rematch, with a friendly game scheduled for Aug. 9.

Games this year will be covered online live at Lite Fm, and regular updates will be posted on the Bequia Basketball Facebook page.