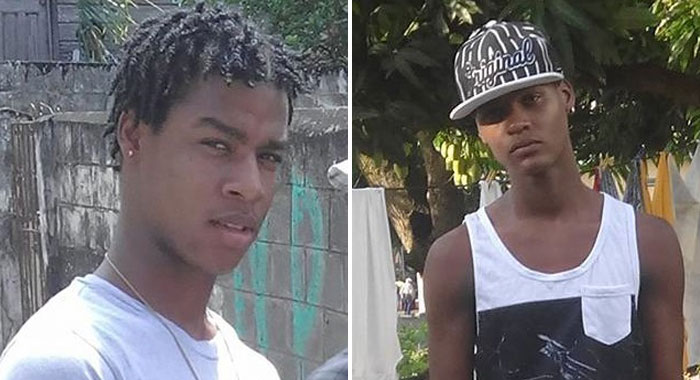 The two Layou brothers who were the subject of a police wanted person bulletin have been charged with shooting a fellow resident of the Central Leeward town.

As part of their bail conditions, Prosecutor Police Constable Corlene Samuel asked the Kingstown Magistrate’s court on Thursday to order the men to report periodically to police.

She, however, asked the court not to disclose the police station to which the men would report, because of what she said was an on-going feud in the Central Leeward town.

Police have charged Kimron George, 20, and Akeem George, 18, with wounding and firearm possession.

On Thursday, they appeared at the Kingstown Magistrate’s Court, jointly charged along with Joel King, that on May 5, 2018, at 8:50 p.m. at Layou, they unlawfully and maliciously wounded Jovika Gaymes, 25, of Layou, by shooting him in his mouth.

The George brothers were also charged with possession of an unlicensed firearm and with discharging a loaded firearm at Gaymes.

3 replies on “Brothers charged with shooting Layou man in mouth”