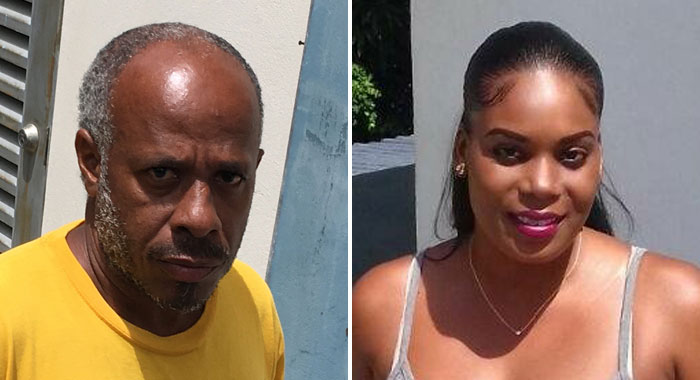 A Prospect man was on Friday fined EC$12,000 for possession of 46 grammes of cocaine that police found in his girlfriend’s crotch.

The fine was handed down on Shawn Garraway after he pleaded guilty to the charge before Chief Magistrate Rechanne Browne-Matthias at the Serious Offences Court, in Kingstown.

Garraway’s girlfriend, Tamara Williams, who was jointly charged for the same offence, pleaded not guilty.

The charge against her was withdrawn after Garraway accepted the facts presented by the prosecution.

The court heard that on Thursday, July 12, about 4:30 p.m., Police Constable 615 Williams was among a party of Narcotics and Rapid Response Unit officers who went to the home and premises of Garraway to execute a search warrant for firearm, ammunition, and controlled drugs.

When they arrived, police met Garraway at his liquor and provision shop, along with his girlfriend.

Nothing illegal was found on the premises.

However, police requested a search of Williams’ person and she was taken to an outside toilet, where PC Williams found the cocaine in her crotch in a brown taped package.

When cautioned, Williams said, “Officer, is somebody give me to hold.

PC Williams took the defendant back to the shop and showed the drug to Garraway, who said, “Officer, a mine own.”

In mitigation, defence counsel Stephen Williams told the court that on the day that the drug was found, a young man had come to Garraway’s business place saying that police were tracking him down.

The lawyer said the man gave the package to his client and asked him to hold it for him.

“He foolishly did, and, within five minutes, the police came,” the lawyer said, adding that when Garraway was arrested, he accepted full ownership of the drug.

The lawyer further said that he knows that the drug is cocaine, but added that it is not a large amount.

He asked that a fine be imposed on Garraway, saying that the couple have two children, one 16 and a 9-year-old girl who had to be without her parents the previous night, because of the incident.

The lawyer told the court that he was shocked when he heard the facts in the matter, adding that he rebuked his client because he knows that Garraway has made some changes in his life.

“Unfortunately, when friends lead you down a path–” Williams said, but did not finish the thought.

Senior Prosecutor Adolphus Delplesche made no submissions on sentencing.

Before sentencing Garraway, the chief magistrate stood the matter down so she could review the sentencing guidelines and recent sentences she has imposed for similar crimes.

During the sentencing, she told the defendant that she really doesn’t like cocaine offences and that the court tends to take a stern line on such charges.

Browne-Matthias said that the aggravating feature of the case was the quantity and class of the drug. She further noted that Garraway has a criminal record, but that his last conviction was in 2008.

The chief magistrate said the defendant seems to have been making an effort to walk the straight and narrow, or maybe he had not been caught since.

She said she was minded to impose a fine, but said that the amount would reflect the quantum of the drug.

The chief magistrate urged Garraway to ensure that his lawyer is paid, saying that had it not been for Williams’ submissions, the sentencing could have gone quite differently.

After leaving the courtroom, Garraway’s lawyer gave him some sheets of paper to hide his face as journalists were photographing him.

Garraway, however, pushed a Searchlight journalist who was taking photographs of him.

His lawyer did not respond when iWitness News shouted to him that his client had assaulted the Searchlight reporter.