‘Criminals seem to have taken over’ SVG — Friday 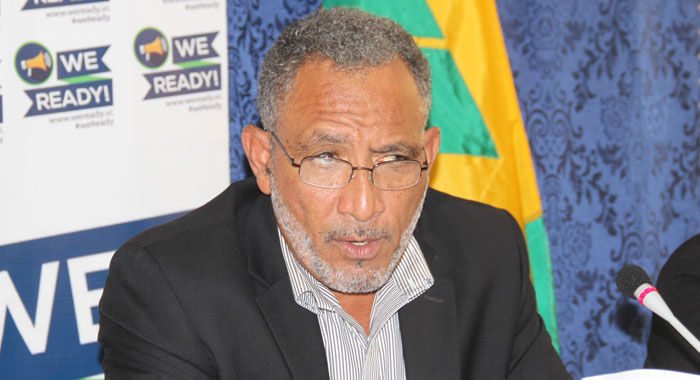 Leader of the Opposition, Godwin Friday says that the Unity Labour Party has failed to live up to its March 2001 campaign promise to be tough on crime and its causes.

“Instead they have been soft on crime and the causes of crime; soft on corruption; soft on job creation for young people; soft on combatting sexual crimes and violence against young girls; soft on equipping the police properly to fight crime; soft on prosecuting their supporters accused of committing offences,” Friday told a press conference in Kingstown on Tuesday.

He said that Prime Minister Ralph Gonsalves, who is also Minister of National Security, had said that the criminals would be given no space to operate.

“… but the criminals seem to have taken over the country. They have never done anything to show they are tough on crime,” Friday said at the press conference at which he spoke about the recent killings in St. Vincent and the Grenadines.

“I know that crime and the causes of crime are complex and difficult problems. But we cannot throw our hands up and let mayhem reign,” he said, adding that people expect better from their government.

“Government’s first priority is to provide security for the people. Without security, the necessary environment that would enable them to invest, develop and prosper will not exist in our country.  Security is, therefore, a precondition for economic development.”

The opposition leader said he would be the first to agree and say that everyone has a role to play in addressing crime and violence.

“And we cannot achieve this by merely locking ourselves in our homes at sunset and passing the night indoors as if riding out a storm. This storm does not pass if we let it alone; it grows stronger and stronger, until even our homes are not safe anymore. Instead, we must seek to understand the problem at its root and deal with the causes of crime before the situation gets completely beyond our control.”

He said he is reminded of the cautionary words of Jamaican professor Anthony Harriott, the Head of the Institute of Criminal Justice and Security at UWI, when he spoke at the National Conversation on Crime and Violence organized by the Christian Council earlier this year.

Having analysed the crime situation in SVG and other Caribbean countries, he spoke about three stages or moments in the development of the problem, with the last being a stage of chronic violence that is hard to control, as now exists in Jamaica and Trinidad and Tobago, Friday said.

He noted that Harriott cautioned that SVG may be tending toward this third stage and advised that urgent actions be taken to arrest the slide in that direction.

“We would do well to heed his call and to follow the advice he offered then,” Friday said.

“I will repeat here what I have said many times elsewhere, there is a causal connection between economic hardship and an increase in crime. So, clearly, one of the ways of addressing the crime problem is by growing the economy and creating jobs and hope for our people, especially young people. An unemployment rate among the youth in this country, according to the IMF, is 46 per cent. This is simply intolerable,” Friday said.

2 replies on “‘Criminals seem to have taken over’ SVG — Friday”