On marijuana legalisation, I’m with the sceptics 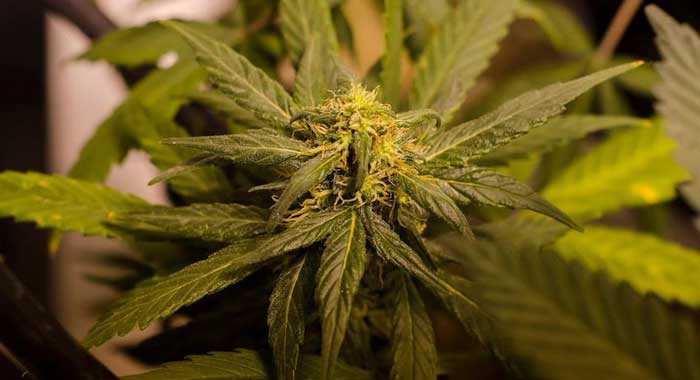 The CARICOM Marijuana Commission presented its report to CARICOM heads at their 39th annual conference in Jamaica in July 2018. According to the report, consultation was held in nine of 15 countries — Antigua and Barbuda, Barbados, Belize, Bahamas, Guyana, Montserrat, St. Kitts and Nevis, St. Vincent and the Grenadines and Suriname. Among its findings and recommendations are:

A 50 per cent jump in the number of children seeking assistance at public medical facilities for ganja-related illnesses in Jamaica since the weed was decriminalised in 2015, is causing worry for local officials.

With 70 per cent of the population having easy access to ganja and law making possession of up to two ounces no longer a criminal offence, children — some as young as 12 years old– have been trying the weed in its many different forms.

Health Minister Dr. Christopher Tufton last week told The Sunday Gleaner that he was very unhappy with the findings. He said: “The drug treatment programme of the Ministry, primarily for persons affected by marijuana usage and in particular since the decriminalisation of two ounces or less, has shown a 50 percent increase in persons – young people, schoolchildren, adolescents, which raises a lot of concern for us.”

Turfton’s position found support from former Health Minister, Dr. Fenton Fergusson who said: “My worst fears are now justified based on the reports. From the beginning I was opposed to anything that was not medicinal usage of marijuana. What I was always concerned about was the use of marijuana by children and young people, because the development of the brain was still taking place.”

The Jamaica Gleaner of May 5, 2017, under the caption: KILLED OVER GANJA – FEUDING SONS OF HIGH – SOCIETY OFFICIALS, wrote: “An argument over ganja has left the son of Supreme Court Judge Lenox Campbelle dead and the son of Principal of the University of the West Indies Cave Hill Campus, facing a charge for murder. Rodney Beckles, 21, is now in police custody after stabbing to death Kahalil Campbelle 28, of Daisy Ave, St. Andrew.

THE SKEPTICS — The voices of the skeptics are quite resounding in the following examples:

Executive Director of Caribbean Public Health Agency (CARPHA), Dr. C. James Hopesdales, said: “From a public health point of view, policy makers should proceed with an abundance of caution … We don’t want that when you’ve solved the problem so to speak of reducing the burden of the judicial system, you create a surge in the increase of mental health admissions for marijuana addiction and other addictions … There are some countries where there are reports by the chief medical officers that they are indeed seeing major increases in admissions for mental problems associated with marijuana psychosis … the harmful consequences of this are well documented; from mental health to social interactions to occupational opportunities. If you are a young person, it is very bad for your studies and it tends to demotivate a lot of young people. I think most Caribbean people are aware of others around us, for example, in our families and among friends, who have not achieved their potential because they have been smoking weed most of their lives.” (Caribbean News Now, 24/04/2018)

Prime Minister, Dr. Timothy Harris is voicing strong objection to the decriminalization or legalization of marijuana in St. Kitts and Nevis. “In the debate that is now going on about the legalizing of marijuana, a lot of reckless statements are being made. For you the mothers and fathers and the adults you have to stand on a point of principle. For all the years you look around the community and you see what is happening and you see who is smoking and you see what is happening to them. You see our children, who they have fixed up and mixed up in marijuana and hard substances, and as bright as they showed and their future prospect was so encouraging, almost by osmosis, their lives have been shattered. What greater evidence do you need than that that you confront every day? … When you pass on the street you hear the conduct, you see how they blow their smoke without regard for pastor, lawyer or doctor passing and you wonder what will happen if we were to legalize this? … What will become of our society? It is not everything that is done elsewhere will be suited for our society.” (ANTIGUA NEWS ROOM, 02/05/2018)

“Barbados will not be decriminalizing marijuana because other countries are doing so”… said Attorney General, Andriel Braithwaite… “ I am not an advocate of the decriminalizing of small quantities because we do not know what we would be encouraging young people to put in their bodies.”

A joint release from the Christian Council of Churches, the Seventh Day Adventists, the Spiritual Baptists and the Evangelical Churches on the on-going marijuana debate, said among other things: “We are mindful of the view that we are not managing alcohol and its impact on our youth. How much more can we manage possible increased access to marijuana? However as good and beneficial as medicinal marijuana may appear to be, we believe that that does not constitute sufficient argument for legalization of marijuana in St. Vincent and the Grenadines. The impact of marijuana on our youth is heavily contributing to antisocial behaviours and mental illness.”

Prime Minister Gonsalves told reporters that his government plans to decriminalize marijuana use for medical and religious use only, but not for recreational use. He said: “I just did a poll and 62 per cent of the people don’t want it to be decriminalized for recreational purposes … There are a lot of people, quietly, privately who don’t support decriminalization.”

I strongly support the position of the SKEPTICS and especially PM Dr. Timothy Harris for his forthrightness. As leaders and elders, we owe it to our youth not to create too many potholes on the road we lay for them.

2 replies on “On marijuana legalisation, I’m with the sceptics”