Six charged with stealing $26,900 in items during burglaries 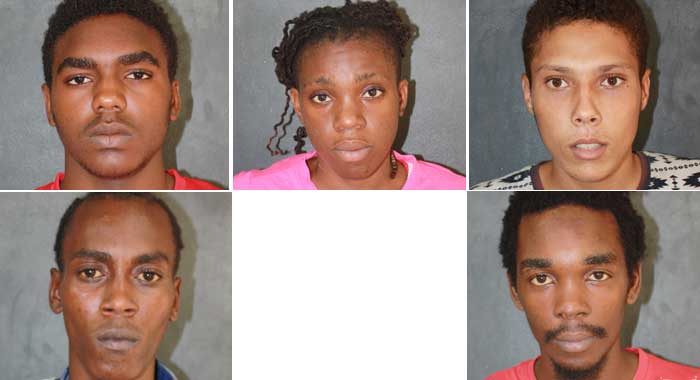 Five men and one woman were brought before the Serious Offences Court, in Kingstown, on Thursday, charged with stealing EC$26,879 worth of items from two stores in the city.

According to the charge sheet, the stolen items include clothing, shoes, jewellery, a camera monitor, cologne, a cash register, and cash.

The stolen items are the property of Wendy Bushay of Vermont.

The charge sheet says that the stolen items include soft drinks, blow-dryers, DVDs, and cash, the property of Gideon Thorne of Stubbs.

The accused were not required to plead to the indictable charges when they appeared before Senior Magistrate Rechanne Browne-Matthias at the Serious Offences Court in Kingstown on Thursday.

They were each granted EC$30,000 bail with one surety and were ordered to report to the Central Police Station on Mondays, Wednesdays and Fridays.

4 replies on “Six charged with stealing $26,900 in items during burglaries”