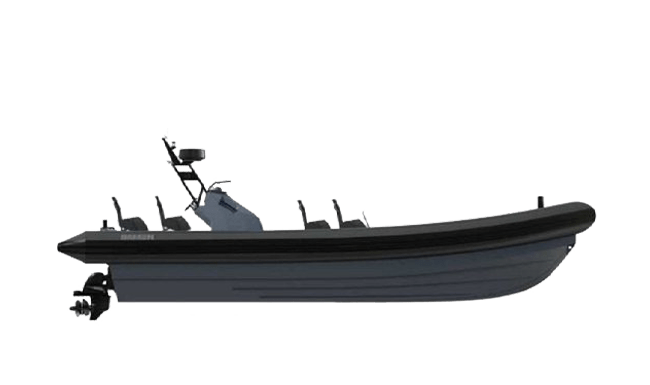 An example of a rigid-hulled inflatable boat.

The government of Japan has donated two rigid-hulled inflatable boats (RHIBs), which will be used to help boost maritime security in St. Vincent and the Grenadines.

Prime Minister Ralph Gonsalves made the announcement at a press conference on Monday, fresh on his return, on the weekend, from an official visit to Japan.

He said that the boats were dispatched during his visit and will arrived in SVG in about two months.

Each is outfitted with two outboard engines, with a maximum speed of 40 knots (24 mph).

Gonsalves, who is Minister of National Security, said that hopefully, one of the vessels can be used on the leeward side of St. Vincent and the other in Bequia.

Gonsalves further said the US$6.5 million, 42-metre-long (137 foot) offshore patrol vessel that his government has ordered, should arrive from Holland in time for Independence – Oct. 27.

He said: “Because we have to address this question of intercepting people more who’re bringing guns, trafficking in small arms.”

The prime minister said he was speaking to the Commissioner and Deputy Commissioner of Police about strengthening intelligence in a particular way to deal with this matter.