Football VP vies for top post he refused weeks ago 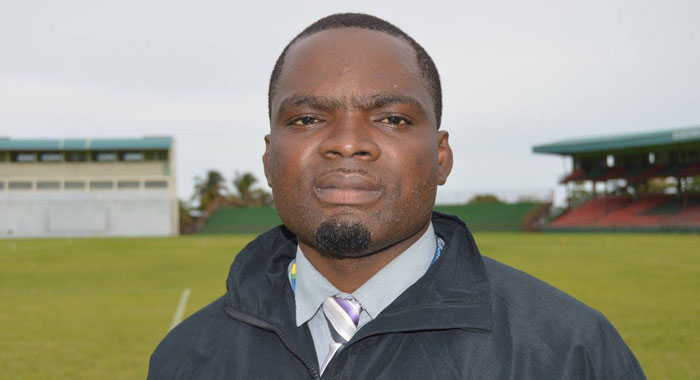 Otashie Spring seen in this Jules Anthony photo, said in July that he felt that Marvin Fraser was the best person to lead the federation at this time, and declined leadership.

Just over a month after refusing to become President of the St. Vincent and the Grenadines Football Federation (SVGFF), in keeping with the association’s constitution, SVGFF first vice-president Otashie Spring will today join six others in a bid for the top spot.

Spring was next in line to become SVG’s football chief in early July after FIFA, the sport world’s governing body, banned then president, Venold Coombs for two years and fined him US$40,000 over a world cup ticket scandal.

After the development, Spring told a press conference in Kingstown that he was not shirking his responsibility when he declined elevation to the presidency as the SVGFF constitution provides.

He said that he declined the position because it was his view that it was in the best interest of the SVGFF that Marvin Fraser “carries forward the effort”.

Fraser agreed to lead the organisation until the next election, which was due in 2019.

But it seems as if he has had a change of heart over the last month or so.

Spring has accepted a nomination to become president of the SVGFF and will face six other contenders, including Fraser, in an election, as the SVGFF has called an extraordinary general meeting for today at their secretariat in Kingstown.

Election of a new president is the main item on the agenda of the meeting, which begins at 6 p.m.